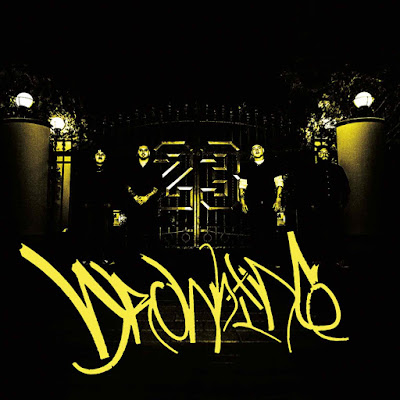 Hip hop, metal and hardcore mixed in a concrete tumbler is what you have here. The riffs are like rusty razor blades to your throat and the vocals really mix it up from start to end. You love Biohazard and E town concrete?, Yo, you have dropped into the right alleyway. The album flows like the finest wine and it will lodge into your skull for weeks.

I didn't feel gripped by "Gods" video initially, but if you actually open your mind and ears you will be rewarded.Easily in my top ten of the year. 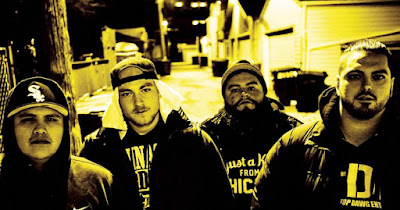 Devil's Horns had the absolute pleasure of interviewing this killer and creative beatdown/hardcore force.


1- Could give me a brief history of your band, it's name and what releases you have?

Drowning was started in 2011 Chicago IL. We soon started hitting the road after while touring the us and now will be hitting Europe August 2018 for our first Euro tour. We have released a EP by the name of prey for me and Devotion/Desire, a full length by the name of Egotrip, and are currently about to release our Sophmore album titled 23.

I would say it was the aggression and how real it was is what drew me to the genre. There was no way to fake it and if you did it was obvious if you were one of us or not. It's a great way to escape and release from the regular world. It's rewarding playing this kind of music because I feel like many could relate to us. We aren't spitting bullshit or pretending to be someone we aren't. It is just a very genuine style of music and those who play it.

Music and art is the best way to express yourself. You present yourself with what you can hear and see. With all eyes on us we try to project exactly who we are so people can relate if they are like minded.

We are known worldwide for our live shows. We say that our live shows isn't just music it's a whole experience. People know when they come to a Drowning show that it will be aggressive and could even be dangerous. However nobody is there to intentionally harm each other. It's all in good fun for each other. Think about it like this if you put 100 people in a room to a heavy band that approves anything that goes and they have some issues that would be the location to let it all out for therapy. I always say as long as the venue approves because we have very much respect for promoters and there is time and place for everything that anything should go. It's rewarding as a hour release for us and anyone who comes out to truly be yourself and to let go of any pain and misery.

We are releasing our Sophmore album 23 which we are very excited about. It's heavy beatdown music but with a tad of experimenting and opening up doors to other genres who made us as musicians.

Touring around the world and hanging out as bestfriends have definitely been one. Anytime someone tells me we have made a difference to them or that they can relate to me is the most rewarding highlight.

The biggest struggle would to be to balance everything in life. We are working class hardcore and all have full time jobs. We work for everything we have and wouldn't have it any other way.

My favorite artist in Rotation as always would be Etown Concrete. I've also been listening to alot of a local band from Chicago called Throughnthrough which everyone should keep their eye on.

We plan to keep releasing cd after cd and pushing to reach everyone we can. We do this for the passion and that's what keeps us going.


I just want to say we are all in this together. Remember to have a good time while letting aggression out but lead by example for the kids of this world. They are the future and need to be guided in the right direction. Lead as a role model and be the person who you would have needed growing up.

and buy the album!.