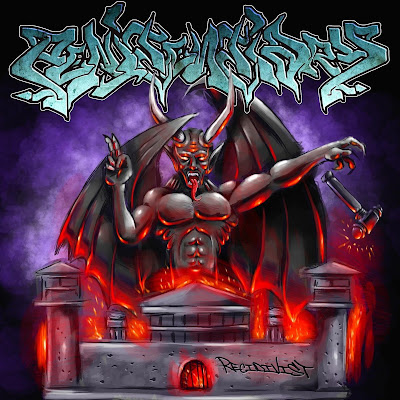 Penitentiary-Recidivist album reviewed by Mark J. Oh man, how solid are Upstate Records releases atm?, such great artists and variety across their roster. This album drops August 10 and it's one of my albums of the year.


BIO:Hailing from Northwest Indiana, Penitentiary consists of members from Blood In Blood Out, Blackwater, Choking on Reality, To
Tha Pavement, & Shut the Fuck Up. Delivering their form of metallic hardcore with a brutal blend of violent beatdown and thrash.

Formed in early 2016 by Jake and Gabe who brought together members of their past bands to start jamming. Jake and Chris had
already played in bands together since the late 90s while Gabe and Victor since the mid 2000s. Penitentiary started writing songs
and soon added Mason on vocals. 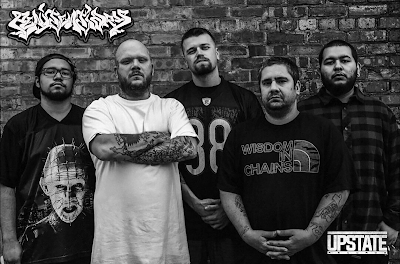 This is the best back to back seven tracks you will hear all year. Throw a molotov at the best genres and you got this sensational band burning your house down with heavy hardcore, thrash and crossover. I heard segments of Biohazard, 25 to Life, Sheer Terror, peak Madball and Exodus here. I really cannot seperate the tracks here, because they all total classics, but my favourite was "Injustice". This is as awesome as the finest Biohazard tracks with a wicked Sick of It All vibe at the same time.
Vocals are angry as hell, very metallic guitars and an atomic rhythm section.
I also love the criminality and locked down theme of the album. Pre-order is up via Upstate records, don't miss out.
5 out of 5 stabbed prison guards.