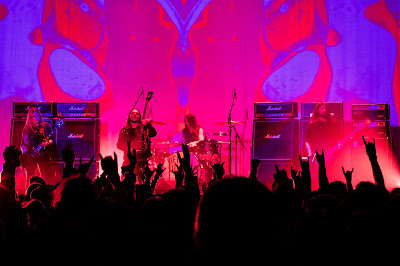 Wikipedia says Electric Wizard are doom metal, but I think stoner sludge is a more apt description. This band has always attracted the masses to any of their shows and mostly due to some truly great early albums. This was the first time I had seen them live and it was definitely one I have been aiming to tick off my bucket-list for sometime. 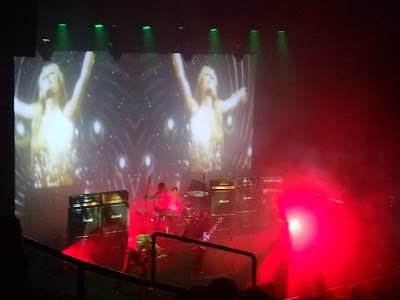 There is no mystery about what the crowd expected, just simple stoner sounds with a solid rhythm section and sabbath worship. The set was really solid for 90% of the duration. A decent mix of old and new tunes and minimal in between song banter and straight low end phonic adoration. 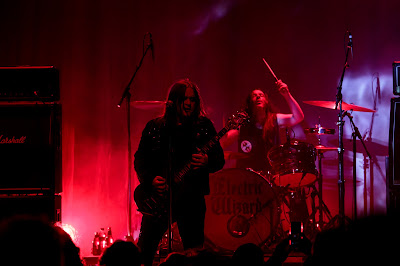 Like many artists, the older songs shone brightest and gained the most noteworthy response. Does the music and even the stereotypical image of the Wizard break any new ground or defy your predisposition of the genre?; not remotely. But the aim of the gig to me was warped, occult worship with a monstrous and heavily amplified score. A freaking great time to be had by all. 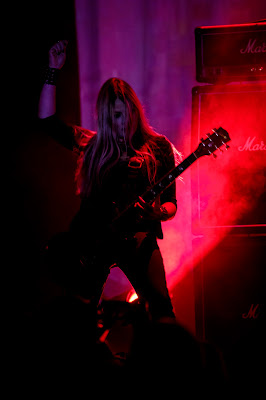 My only compliant would be whilst the audio was well mixed, it was a tad under standard gig volume. It just needed a slight more oomph to compliment the aims of the band.
Overall sufficient older classics were well placed in the set, but last section of the gig dragged.
It was almost like the final mojo was gone; you could blame jet-lag or hard drugs, but the band seemed worn out for the last 15-20 mins. Like a boost of endurance inducing chemicals were needed.

But by all reports, the Friday gig was both louder in volume and energy levels were much improved.But this reviewer thoroughly enjoyed the gig and the band delivered in spades.Well worth checking out anytime they tour. The Odeon Theatre is an excellent venue and the Wizard showed how refined their dark sludge was. Epic tripped out tunes on a Thursday night. 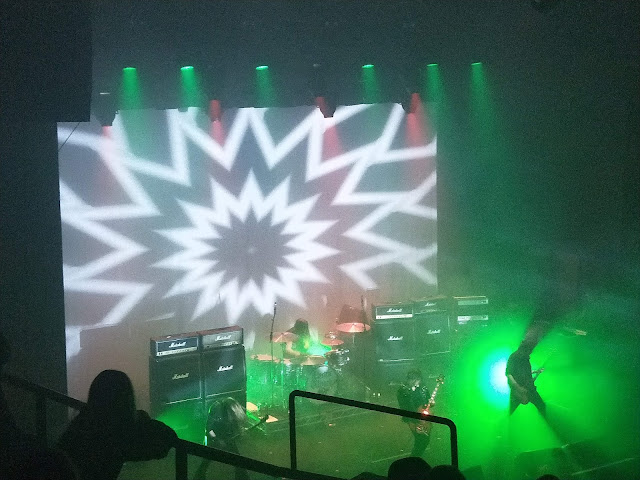 Photo credits: Dark Mofo and Mark Jenkins.
Thanks again to Erin Lawler and the mighty Dark Mofo team for the media access.