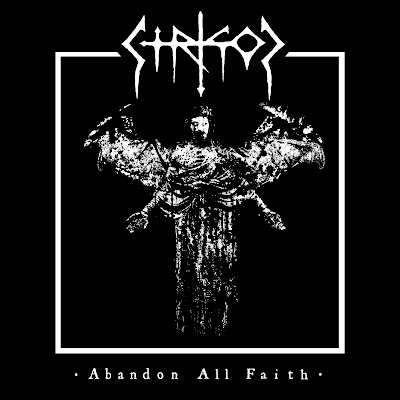 Grim and heavy is the commanding tone throughout this remarkable release. Strigoi is a band that drips into the dark side of metal. You could easily reference bands like Amebix, Bolt Thrower, Morbid Angel and Amenra in the concrete foundations of this monolith of an album. But let it stand on its own merits because it is a thrilling and nasty work of art.

Strigoi was formed when Greg MacKintosh (of Paradise Lost) reunited for an upcoming project with his comrade Chris Casket; who previously played with him in Vallenfyre (as well as Extreme Noise Terror) for a completely different project. All the fine-tuned skills both members have gained over their musical careers have resulted in an album that is frankly amazing, compelling and jaw-dropping. And this is their debut, now that is astonishing. 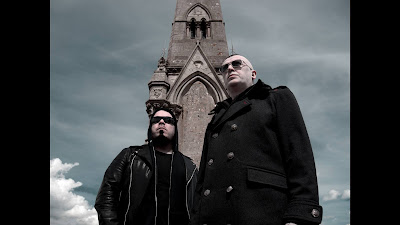 The heart of the album's sound is old school death metal with noteworthy touches of black metal, industrial and doom metal. Then beneath the reinforced surface is a superb and very purposeful dark atmosphere. This starkness is frightfully crushing and it lifts you up at the same time. The way a classic black metal track refuses to remove its vicelike grip from around your soul, and it makes you feel dirty and grimy, but energized. That's the effect this great album will have on you.

It is no surprise that's Greg's guitar work is phenomenal, whether it's a nasty nordic corpse ripping riff or an eerie slower-paced piece to pure speed thrash greatness. Basically, whatever the track, you are getting the highest quality metal you can wish for. Vocals are abrasive and measured and at other times chaotic and unhinged. Match this with laser-accurate drumming and throbbing bass, and you have one of the best debut albums for an extreme band in many, many years.

And add to this simply legendary mixing from the master Kurt Ballou to add even more punch to the overall delivery. Then amazing artwork and outstanding lyrics from Chris Casket. Strigoi is the complete article by a mile.

I could write a long essay if I had to analyze and breakdown each song and its strengths. The special buildups, the deceptive change in pace and the overall, almost theatrical nature of the album is the dominating function of this album. But make no mistake, it is a brutal and torturous album that will surprise you in so many ways. There is no weakness in anything here, you have the brooding and confronting tracks like the title track, Carved into the Skin and Scorn of the Father, and then moshpit frenzied tunes like Phantoms, Seven Crowns and my favorite Enemies of God. 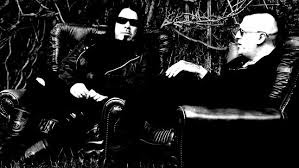 All I can suggest is you buy this album asap, the gatefold album will be feast for any music fanatic.

I was lucky enough to chat with Chris Casket from the band. Chris was immensely passionate about this band, music in general and was awesome to chat with. Genuine, warm and articulate which is every interviewers dream. Not selling a product, but proud of the craft i.e. a true artisan.

Grab this album here from Nov. 22: