Manowar has greatly influenced and been a gateway for many metal fans into our wide and varied genre. But great music is always great music and Ross the Boss lives and breathes these attributes. Ross left Manowar back in 1989, but since then has simply not wasted any time releasing fantastic albums and frankly killer live performances. Also one cannot be too Manowar centric, because Ross was in (and still is) in the mighty Dictators; a punk band that to me was always as solid as New York Dolls and The Stooges. 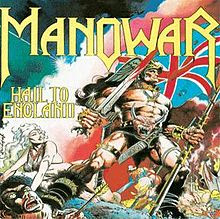 From this Friday, Ross the Boss band are touring New Zealand and Australia and playing the classic Manowar album Hail to England in its entirety plus other Manowar classics. Plus tracks from Ross the Boss band's solid three albums. And this writer rates them as high as the Manowar's classics, particularly the last album, By Blood Sworn.

We were lucky enough to chat to this living legend and he remains as hard-working as ever and even admitted he is happy to die on stage. It doesn't get more metal than that.

He spoke about the new album scheduled for release next year, his journey into music, Manowar and the passion for his craft.
Great guy and excellent chat.

If you love old school metal with hooks and a guaranteed killer live show, you need to grab a ticket to this ASAP!!! 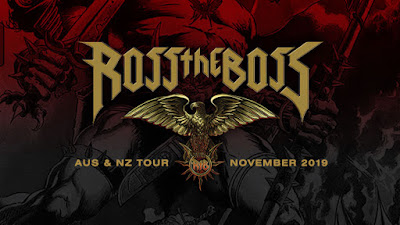 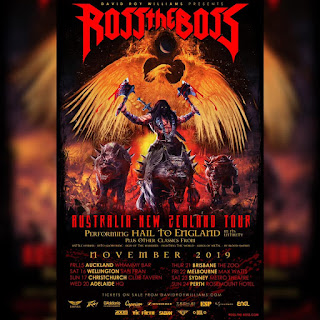