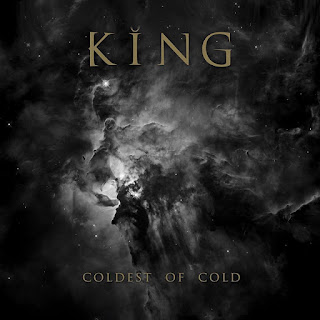 Melbourne just keeps providing some of the best bands in the entire country. King is such a clearly dominant metal force and even though it has an all-star lineup from bands like Blood Duster and Psycroptic; it reaches beyond these constraints on their second and very defined album; Coldest of Cold.

It is musically brilliant as expected, but easily the sharpest and most creative band we have heard in the last decade. King exists in between subgenres, but not as a crowd pleaser, but rather a band that really, like really understands the purpose of metal. That is to create an atmosphere, a soundtrack to the harsh reality of existence and grab at your soul. Plus make you wanna rock out at its heaviness.

For an album with such a grim title, (and let's be frank this is an exceptionally dark and unsettling album that is very broadly blackened metal with tons of mood and guitar wizardry) this has so much soul and groove. The moody buildups are fantastically calculated, but every track has sufficient twists and turns to make you wonder how an Aussie band can deliver such a masterpiece in its second album. And as I said earlier, the difference is all band members are metal veterans and the confidence shows here. Whilst the first album certainly drew any decent metal fan in, this is more a case of Join Us or Die!. It rallies the listener into its many battle-cries and stamps out the message; that this band could play as a top billing band on any major metal festival across the globe. 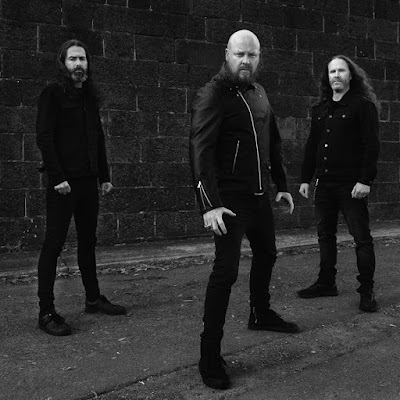 You have a real mix of tone and epic metal here. Tracks like My Master, My Sword, My Fire and In the Light of the New Sun is pure classic headbanging evilness inspired by both Venom and Nordic Black Metal. Then tracks such as King and Beyond the Exosphere show the sheer range of skills present which for me would easily sit perfectly on any Viking or Nordic style series or movie.

One song may remind you of the best black metal classic bands you worship and yet others are so remarkably catchy in a way often only the finest thrash metal can be. In summary, King with this album produces a giant-killing album of monstrous proportions.

Coldest of Cold is easily an Australian metal classic because not only is its intent so powerfully forceful, but the dark mood and grim tone is something very few bands in this blackened genre fail to match with a sense of creating catchy tunes that make you play the whole album front to back, this creates an album where songs flow easily in the next, but each is its own unique character in the overall objective. And when you listen to tons of metal albums per year, you really tune in acutely to artists that give that attention to detail and produce an album of such unbeatable standard.

Kudos King, Coldest of Cold is a pure metal gem. And an album that needs to be listened to as a whole, whilst all tracks are individually killer; the magic is in the overall sum of all these well-crafted chess pieces fitting together so perfectly.