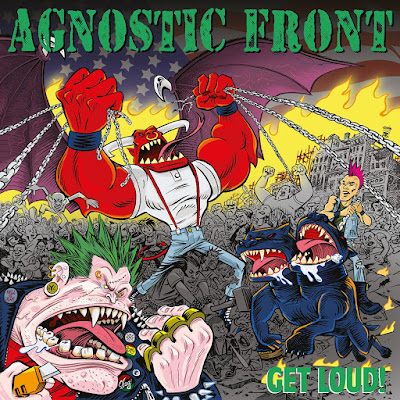 To dilute the influence Agnostic Front has had on hardcore worldwide would be absolute sacrilege to this musical institution. To us Agnostic Front fans, we have been blessed; we had the glorious The Godfathers of Hardcore film, which to me is the best hardcore doco ever released and now we get a new album. And an absolute killer one that sits right next to their best albums.

Take a breath punk and think about how incredible the classic AF albums were. This writer doesn't think they have ever released a weak album, they mixed it up and be it street punk or metal, always keep themselves a pivotal force in hardcore. That's right, progression folks. A real secret to longevity. But as I suggested, think Victim In Pain, Cause for Alarm, Liberty and Justice For... and Live at CBGB. Simply stunning hardcore classic albums with grit and power. Well time to step up and Get Loud!. 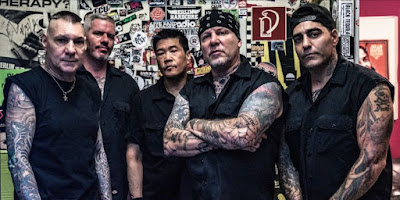 This is a well-produced album that sounds like a proper hardcore release. Everything is so punchy, but not overproduced even remotely which too many metal albums suffer from. To me, there was just a tad more power than the last few albums, guitars and vocals sounded ten times fiercer and the drums also. Just pure vicious assault on every level. As a street punk band once said "No mess, no fuss, just pure impact!."

Get Loud! is 14 tracks of solid, well written classic New York Hardcore. With six super quick tracks under 2 minutes and the longest track a mere 3:11 minutes. That's right, ding, ding it's musical MMA at it's best. It is amazing that a band with such a long existence can still produce some of the best tracks in its genre. Tracks like Snitches get Stitches, Urban Decay, In My Blood, Anti-Social and Pull the Trigger are up there with anything off the first four classic albums. Yes, I am deadly serious; this album is that great. And as well as the fast-paced ragers, you have slow burners like the title track which reminds me of With Time from their very first album. 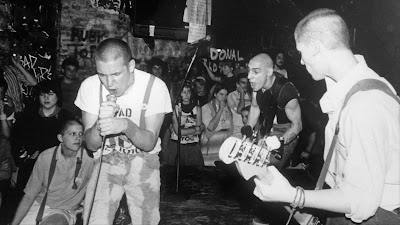 Lyrically on point and completely in touch with the times, this killer album has songs touching on social issues, individuality and also paying tributes to the times of the past. It's as previously stated, an exceptionally powerful and frankly uplifting and motivating as hell. If you can't mosh, spin kick or headbang to this album you better head to the Emergency room for urgent resuscitation. Because this album is an absolute firecracker of a release and as I keep reiterating their best album in over 25 years!!!.

It drops on Nuclear Blast records on 8th Nov 2019:
https://media.nuclearblast.de/shoplanding/2019/AgnosticFront/getloud.html