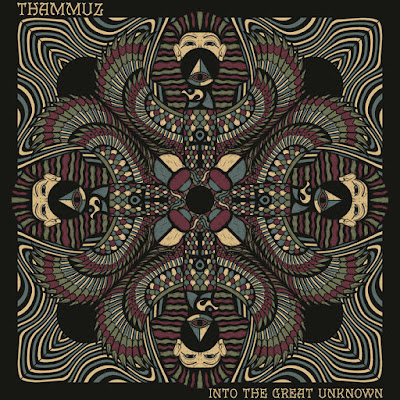 FFO: Stoner, fuzz, sludge and all groovy psychrock.
Each year I fortunately or unfortunately have the pleasure of getting sent fuckloads of albums to listen and potentially review. Now many genres...like beatdown, stoner stuff and hardcore is beyond generic, it's just downright shit. But I dig this album heaps. Everything is so damn head-tilting and textured. It reminds me of seeing bands of the highest standard slaying at festivals. This album sounds pretty damn festivalesque. The guitars are trippy, the vibe is dynamically stoner and the whole thing is well produced. This dutch band do this genre so well.
It pretty much sounds like the best of Clutch crossed with gold standard Monster Magnet, so none of that lame arse Soundgarden fake hippy bullshit. The riffs are the size of a mountain, vocals are gritty and sound drugfucked, which this genre needs and each song differs from the others.
I dug most of this album but tracks like the title track were epically heavy and clever same as Fake it til you make it, plus 90% of the album. It has all the hallmarks of stoner rock interfused with the better parts of grunge. Quality album.
Grab it here:
https://thammuz.bandcamp.com/album/into-the-great-unknown