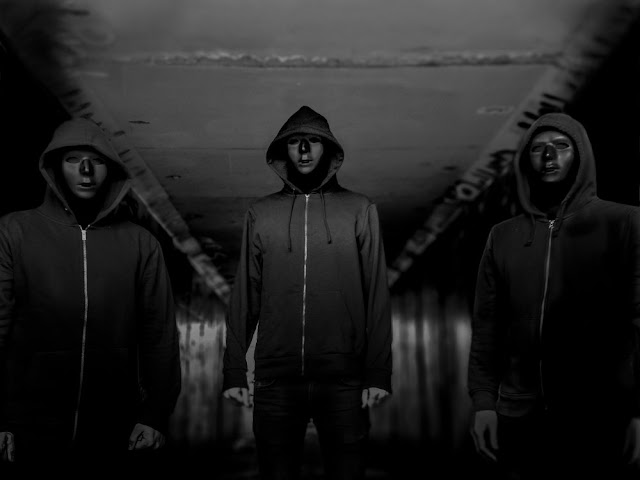 This band is what extreme music should be. Unhinged, determined and going for the jugular.
Seriously their album The Great Ascension just gets better with each listening session. Favourite tracks change often and that is a quality characteristic, and it clearly shows how focused the effort is on every part of the barbaric release. I had the chance to interview this band and their responses show the absolute intensity and authenticity paralleled in their unrivalled musical exploits.
Enjoy and keep an eye out for their future endeavours, because this brilliant act is abrasive workmanship with purpose.

DH- Greetings, the corrosive wonder that is The Great Ascension came out last month and was met with the stellar reviews that it definitely deserves. I have two starting points for this conversation: how did this mysterious band come into existence and were you surprised at how well it was received?
We appreciate the kind words. We talked amongst ourselves for years about doing a project together, almost 10 years later the Great Ascension was born.

DH- Why did the album take so long to be released given its initial conception was some time ago? What bands drive the music you produce?

We all have priorities outside of music and had a clear image of what Eos would be. We have the idea all the time and energy it needed to manifest into the album you hear today.

We are all avid fans of the underground. Especially the European, Canadian and Australia scenes. The 90s Scandinavian black metal movement is and always will be an inspiration. 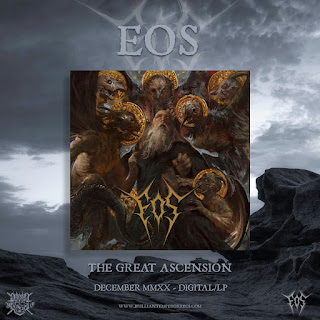 DH- The whole album drips in pure hatred and distaste of the world, what inspired this release? And what inspires such passionate lyrics and spiteful vocals? I get the sense it is more than a love of shitty horror movies, but more so connections to literature; old and new and with an occult tangent.

The entire goal with Eos was delivery with intent. Experience within our lives set the wheels in motion. And each member's fire and energy gave it new life.

The majority of the lyrics were written travelling through Scandinavia and Iceland. The folklore and scenery definitely gave off inspiring energy to get the creativity flowing.

As far as vocal delivery goes it all comes the heart. All intent or not at all.

DH- The band is masked and hide their identities, tell me why this is important to you? What does it mean to achieve by this veil of secrecy? My view is that given how vastly talented the performance on the album is; it has to be very well established performers with skill levels way beyond a local pub band.

Our art isn’t a reality television show. You don't need to know who we are, what we do, or what we had for lunch.
What is important is the substance within the album. The dedication to the artwork and storyline. The hours and days spent forging and perfecting each song. These are important.
The members of Eos are merely vessels for this music. Become less distracted with who writes it and be more involved in what is actually being presented to you.

DH- What are the standout tracks for this release to you?, for myself it changes more with each listen; more recently Draugar and Memento Mori really overstate the authority and sheer power of the band IMHO.

The title track "The Great Ascension" and " Amour Propre" hold the biggest weight in my eyes. For the simple reason of where they were written and what was involved in that process. I feel they are the best representation of what Eos is able to achieve and a good window into the violent path of future material.

DH- What are long term aims for this band; is the focus more on new recordings or conquering the stage? Or something else?

We have begun work on our second opus. Which will see the light of day when it is ready. Due to logistics, a live incarnation of Eos would be difficult. We have spoken about it but in the current world climate it is not a priority. Perhaps in the future under the right circumstances 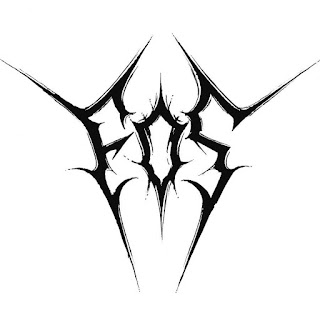 DH- What is the message this album sends out to its listeners?

To follow your own path in life. The fruits of life are not essential. Legacy, pride, knowledge and passion will float through the winds of time. Bow to none

DH-2021, are we in a productive era of extreme music(particularly post covid) or is that down to the individual performers? Were you happy with the releases that dropped last year?

I feel like every year has substantial music releases, you just need to dig and find them. I feel the forced isolation of covid and the travel restrictions would breed very inviolate and impatient music. I look forward to hearing what will come of it.

DH- The album has fantastic artwork-I believe art and music in its most complete form should clearly intersect and you appear to do this well, thoughts?

The album art was brought to light by Mitchell Nolte. His talents birthed our lyrics into what you see. He was professional and a pleasure to work with.

With the entire concept behind our album, it was dire that the artwork was an extension of the sonic force behind the music. It was achieved perfectly in my eyes.

DH- There are massive stacks of deep thought, purpose and direction in the incredible darkness that the album conveys, I think this makes a phenomenal difference to the final product. It separates weak albums from solid and epic albums, thoughts on this and why the craft is as important as the physical release.

This music will outlive us all. I would much rather give 1000% conviction to a perfected idea and be happy with it for years to come than release something unsatisfactory.
Listen and buy the album now!!!!:
https://brilliantemperor.bandcamp.com/album/the-great-ascension
Get antisocial:
https://www.facebook.com/eos.black.metal/