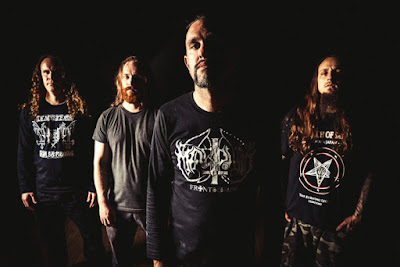 Last week just prior to when their glorious 7th album dropped I had the chance to chat to drumming legend and all round top man Dave Haley regarding all things Psycroptic, the new album and his love of heavy music and "the riff" as he so beautifully described as being the driver of the band. 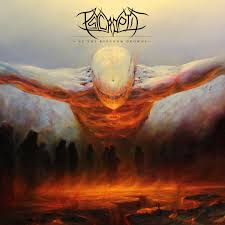 As The Kingdom Drowns - Psycroptic reviewed by Mark Jenkins. This abrasive release is Psycroptic’s seventh beast of an album and easily one of their best. It excels in its cataclysmic aggression yet progression from their other releases. This band knows what works well live and hence is their most dynamic album.

Production was really bold and even though Joe Haley remains at the helm yet again, both the band or the producer really dug deep for this sonic masterpiece. It’s more grim, yet melodic.; dark but well balanced and it’s really a spectuclar feat as an entire album.

We Were the Keepers grabs you by the throat immediately and this definitely doesn’t prepare you for the masterful journey ahead. The almost contemplative pace(for this band anyway!) of the brilliantly well-constructed Directive. It never ever overstays it’s welcome and is melodic, yet a total riff fest(as Dave indicated in the interview, this being a key element of the band), much darker and almost deeper.
Beyond the Black quite simply throws you around in a washing machine with razor blades. Upon these Stones really gripped me, it was enhancing, but equally knocking my ears out with a rusty rachet. So damn clever, and unexpected. The last two tracks showcase the magnificent evolution of a band that was once in a narrow corridor in terms of critical opinion to now being masters of serious extreme metal. Momentum of the Void is epic, brutal and savage in it’s delivery, but also a track to be savoured by musicians as an example of here’s what really, really talented musicians can do at their peak. You Belong Here, Below smashes you with the magic of the Haley brothers again, just furious drums straight from a battlefield and guitar work that blows your mind, as well as blistering vocals and hugely deep bass. This album will win over new listeners easily and old fans will be overjoyed.

An easy 5/5 because it’s never boring and never overstays it’s welcome at any point. Brutally perfect.