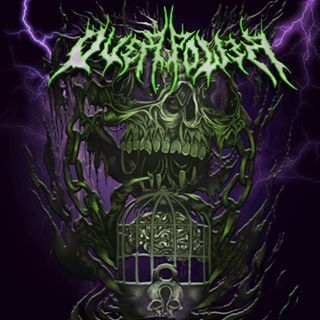 Originality in hardcore is exceptionally thin on the ground in Australia. You definitely have exceptions with the likes of Mindsnare, Extortion, and Rort etc; but generally, it's boring clone city. SO THANK FUCK FOR THE BRUTAL BEAUTY THAT IS OVERPOWER.

This Ep has been a long time coming from initial concept to finally hitting your ears. But the wait is over and you will receive the rewards. Overpower has been kicking hard since 2014 and despite a few lineup changes, has pushed through all barriers; personal and musically. No one individual makes up one band, but their singer Mikey is what sets them apart from the flock.

First off, he really sings from the heart and both his stage presence and lyrics are straight-up no bullshit insights into the struggles he and many people have and are experiencing. Overpower are talking mental health, alienation and daily pressures that grind us down. But in a very honest and often confronting manner. Hardcore bands often talk about being real and other generic stereotypical nonsense. But not here folks. This is straight up reality based on life experience. 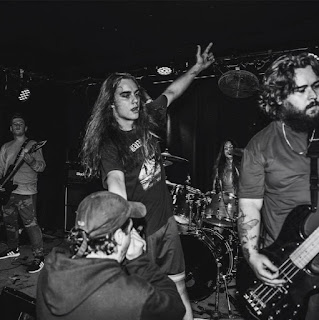 Secondly, Mikey provides Overpower with a vocal style that is unparalleled. It's like death metal growls meets crossover thrash with exceptional range and using vocal cords as both an instrument and a weapon.

One Mind, One Prison is six phenomenal tracks of pure mosh metal. Drums are like a atomic bomb hitting your city, but completely complimented by strong and first class bass lines. The riffs cut you like a focused baseball bat covered in razorblades hitting your testicles. We have four new tracks as well as their solid anthem Overpowered and last year's gem Endless Suffering. These are killer and catchy, but the new tracks simply erase their greatness.

The new tracks show first rate songwriting and also a new shift of even more brutality. Alien is extraordinary in it's delivery, it simply smothers you in heavieness.Begotten, Forgotten does similar things in a even more creepy and disturbed way;it's literally like a cult horror movie. Hymn of Hysteria is utter madness and like Alien, it's unsurpassed riffage and structure lock into your DNA on the very first listen. Classic crossover meets goregrind. And then there is Alaskan Blues.

Too much skill and fury for one track?, no way. This track completely floored me with it's flow and craft. One minute you will be bowing down to the killer riffs and the next you will be gobsmacked at the fierceness of the rhytm section in collabaration with face peeling vocal expertise. This like most of Overpower's tracks is underpined by a marvellous strong groove element which draws you in and captures your attention.

Production is punchy and crisp, but heavy in all the right areas. 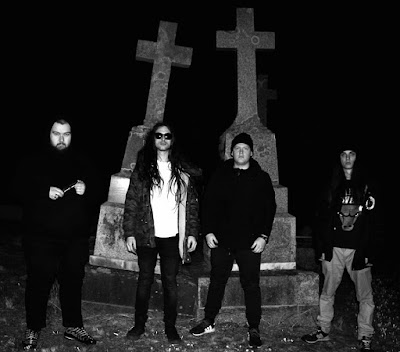