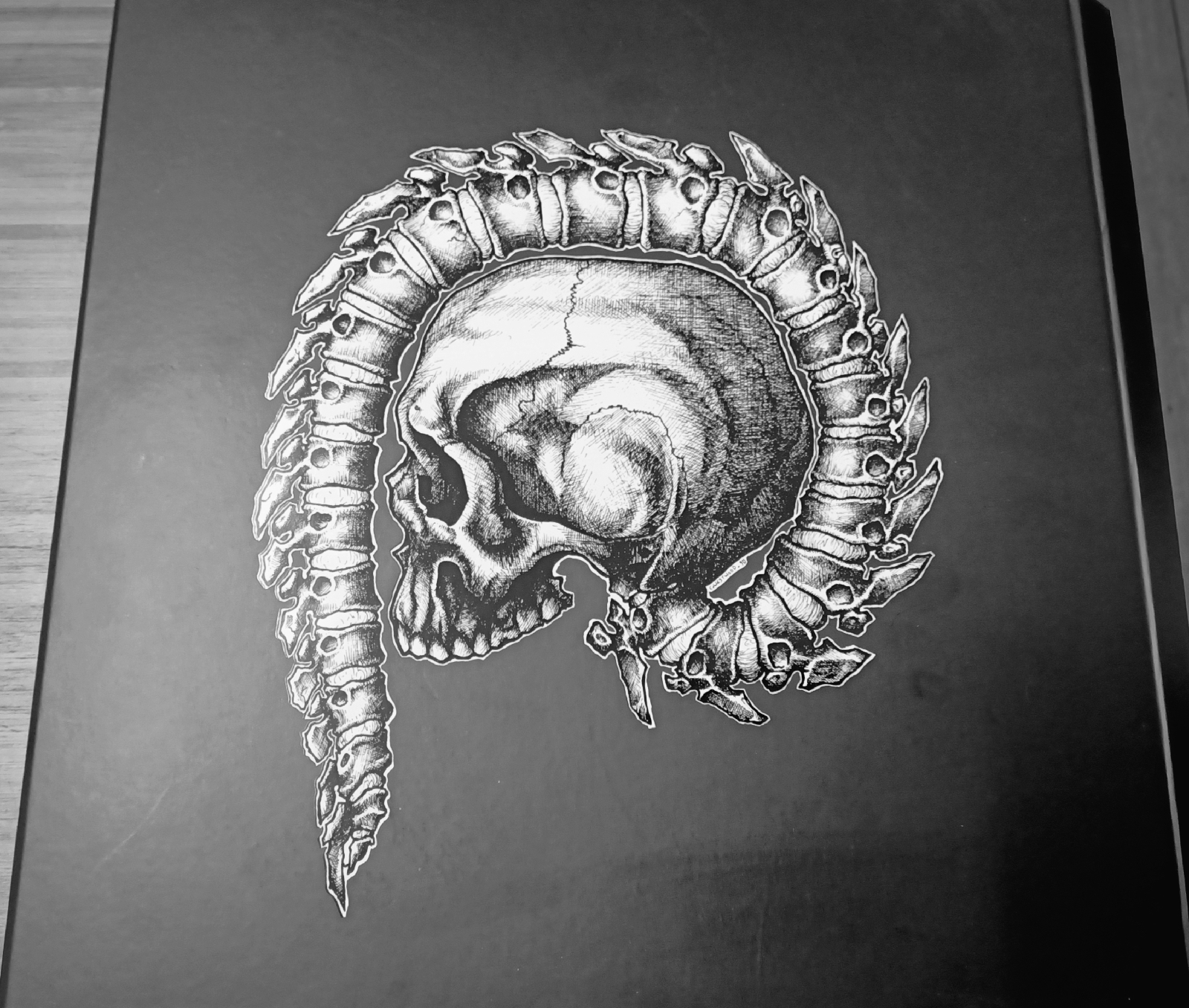 Christbait boxset.
FFO: Oz's best ever metal band. Two things jump out about this amazing band.
1-The music was crushing, original, and screamed fuck you to dull genre pigeonholing.
2-Their influence was not on copycat bands but making you want to form a band. So much love for an incredible band that only existed for roughly five years.Hence people were ecstatic to hear that Goatsound Records was releasing the works burger for this groundbreaking metal band. 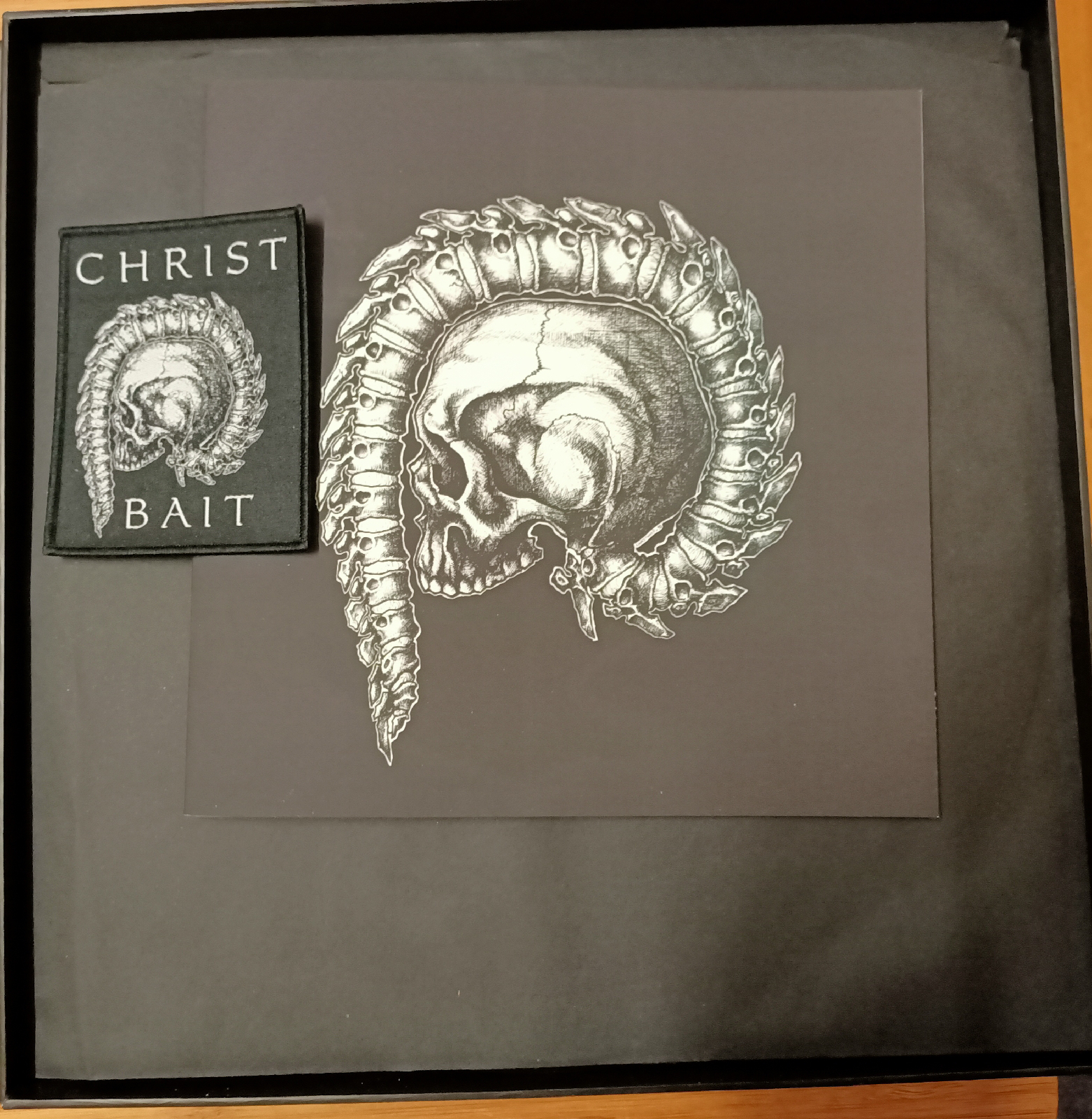 First up, the packaging is so sick. 4 records of goodness, perfectly remastered by Paul Fox and contained in a cooler than your ebay bought original Death Metal tshirt box with a funky magnetic thingo that enclosed the gems within. Oh, and a punk as fuck patch and a epic booklet that is the best one I have seen for a boxset period. 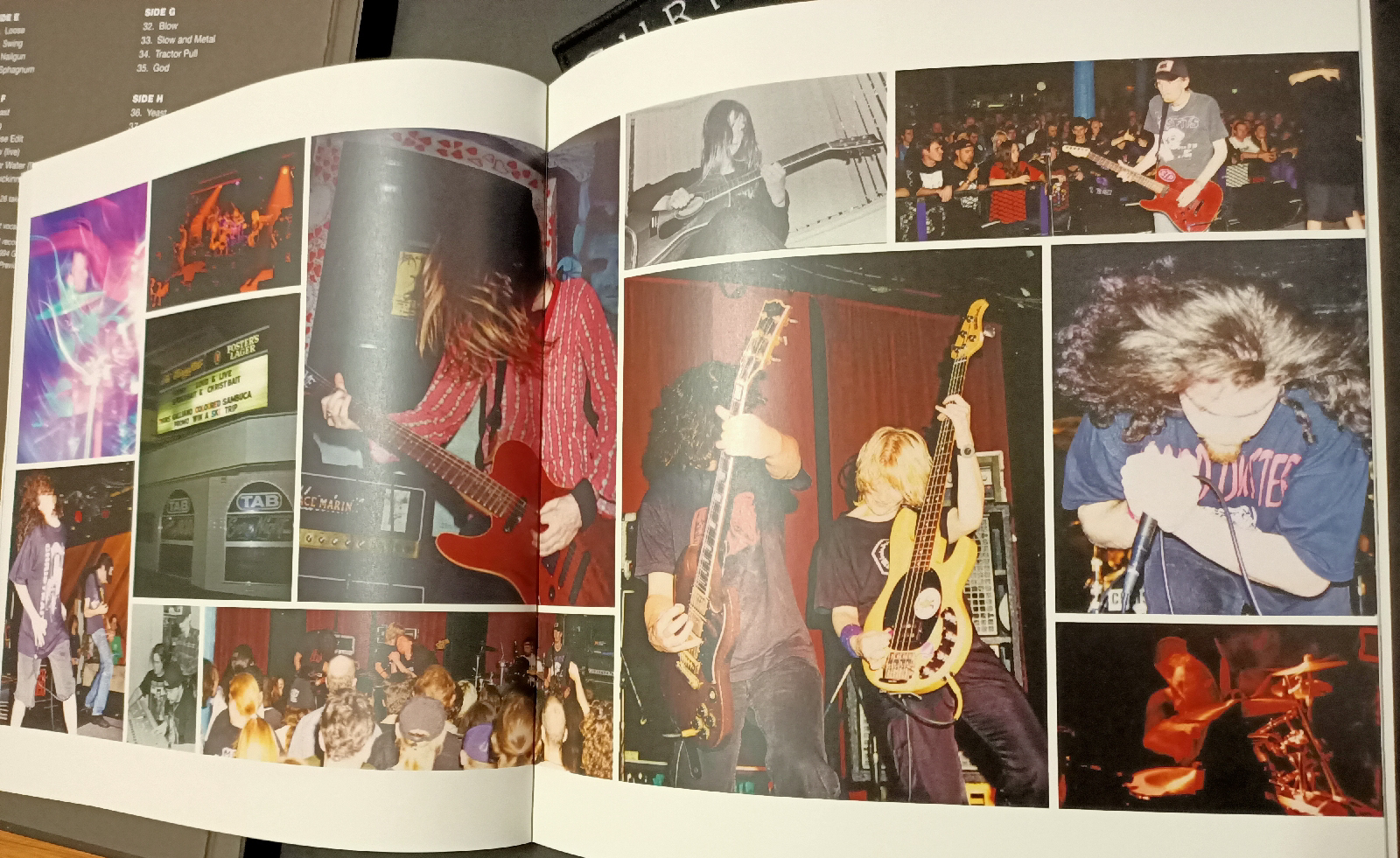 Contained within is all the gory details with plenty of artsyfartsy pics, flyers and other stuff you will wank yourself silly over (and rightfully so). 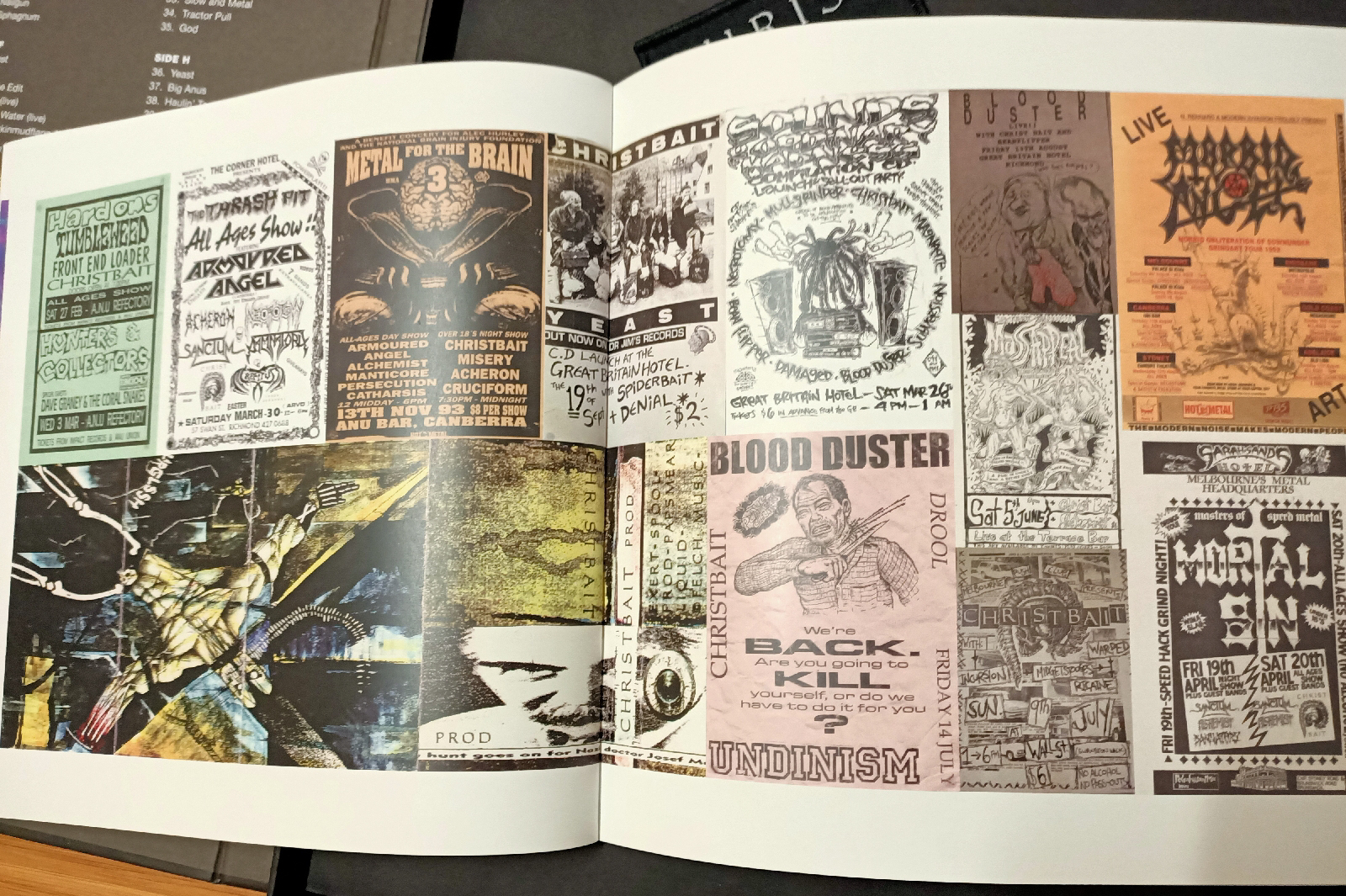 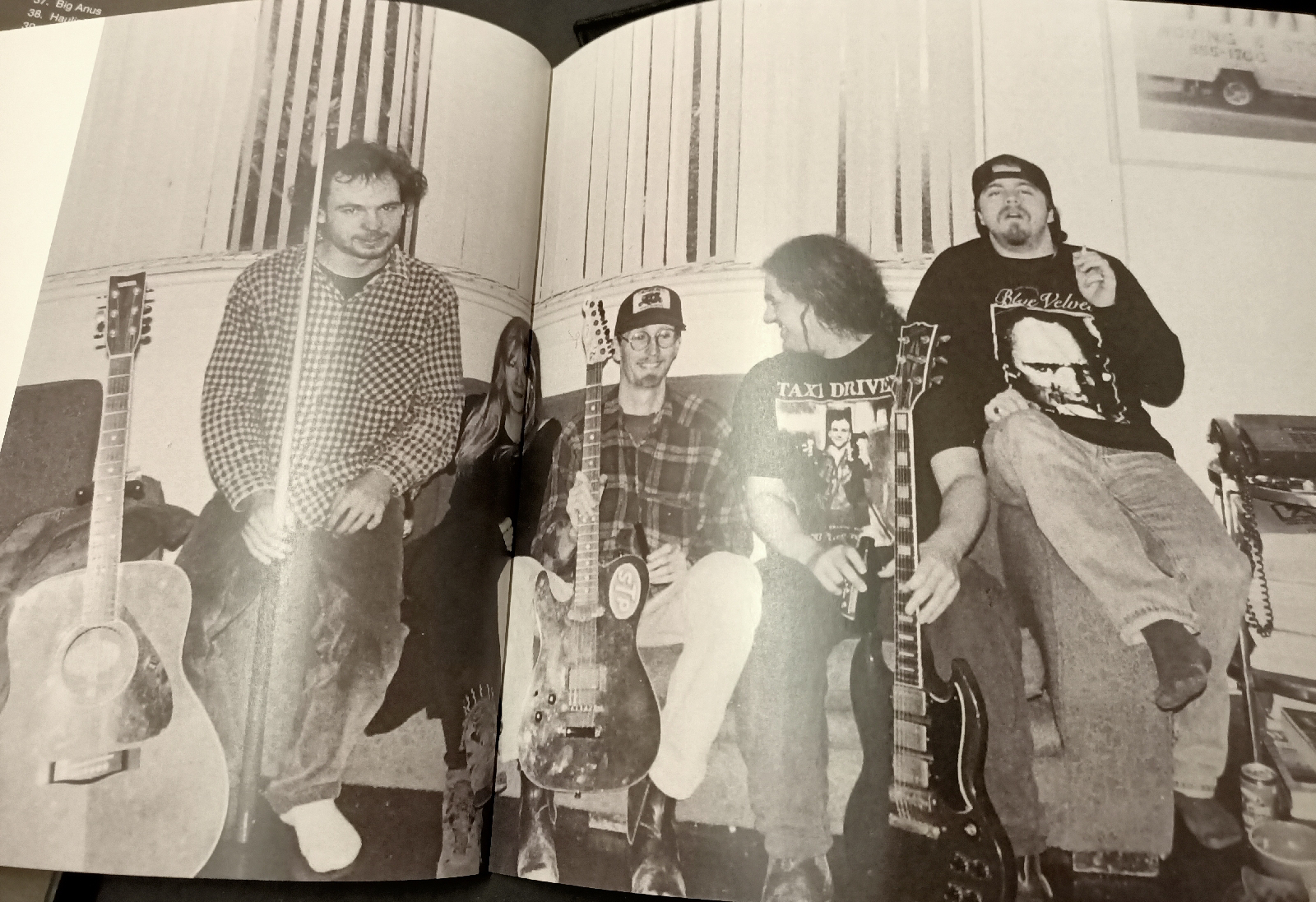 But all thing's aside, the biggest hit for me was Craig Westwood's epic foreword....and as a former detainee of Scumbury I was overjoyed to read;
"Sunbury being the shithole it was to me became the perfect inspiration in forming Christbait"
Classic and accurate!. The boxset contains everything this unit did: demo, official releases, split tracks,comp tracks and live stuff. And it all sounds sensational and nasty as fuck. This writer loved 99% of this brutal release. The stuff that purists or completists probably wanted that didn't float my boat were the live tracks from the Satan is a spunk comp and the live tracks with Troy on vox, but I am being picky here. Because the value of all of these electrifying tracks on vinyl outweighs any bitter old punk rant.
There is no point explaining what Christbait sound like or what genre they fit in, just know this is superb aussie metal at it's damn best. The highlight of the boxset is record 4-The GB Sessions Live LP which except for two tracks has not been released. This is worth the cost of the boxset alone for this record-it's well recorded, sharply dynamic, and takes me back to the many classic gigs I seen this band perform. Catchy, groovy, and unhinged in a calculated way that very few bands ever pull off. This was due to the band being brilliant song writers and performing as a cohesive live force that fed off each other. Try and think of a band that even comes close to this band live....hahaha you can't can you. Made my point then.
For you fuckers that lose sleep over rare shit, bear in mind there is 300 of these boxsets and I believe at the time of writing there is less than 20 left. Don't waste time on Netflix and Pornhub, just buy the fucking thing FFS.
Try hitting up Jason Fuller at Goatsound records for a copy or choose to pay a small fortune for this on Discogs etc in the near future. THIS IS A PHENOMENAL RELEASE AND IT IS EXCEPTIONAL IN EVERY WAY.
Thanks Christbait for existing and for Fuller for releasing this.