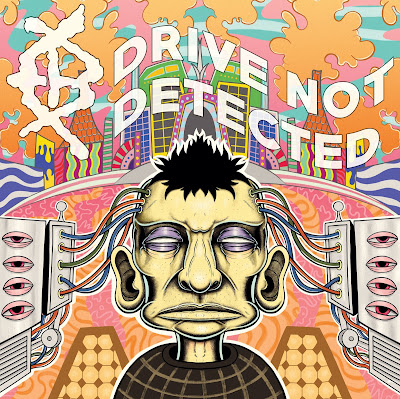 Endless Bore-Drive Not Detected album. FFO: Sludgy/Crust/Powerviolence glory!. Melbourne's glorious masters of crusty power violence hardcore return with their finest album yet. I love how with each release, they expand their sound slightly. Drive Not Detected is surprisingly their third album, and it proves their productivity is quite endless. They draw their core sound still hugely from those gritty cult hardcore 7" we all adore, particularly underground American fastcore mixed with UK crust. But the sludge element has crept in with each release and that breathing room is gold when combined with the core mayhemic tempo. And they still crush and pulverise you live. The sludgy space just balances the savage element that is the main attention, and it is done so fucking well. The band thrives on being extremely tight and you can hear on each track how well the band fits together, this is a well-oiled killing machine of a band. Dave's vocals are barbaric, but the delivery makes him and Frank (of Grudge/Tongue Scum fame) two of the best extreme music vocalists in the country. The phrasing and grit are unparalleled. As always the rhythm is explosive but as accurate as a point-blank shot. Production is bold and dynamic and brutish as expected. But the songwriting is better on this release, even though the duration is as fast as ever, but the release is more rounded with those slight aggressive melody tweaks as discussed earlier. The album is easily their best work, it's equally accomplished for its brutality as much as the gripping songwriting and the whole clever way it flows. The lyrics are still the best in the business, that's right folks-lyrics should make you think, these are always mindblowing brilliant. The artwork is quirky as fuck and this rips hard. And the samples on it were funny as fuck and well-placed. I cannot separate the tracks as the whole album is just annihilating and glorious punk as fuck. 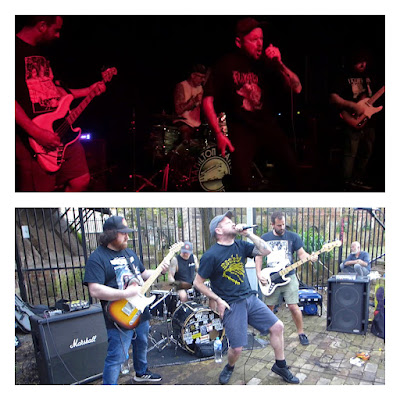 Highlights on the day of this review:
Notifiable Incident-yes, the bass melts your face from the get-go!!!, Long Time Containment-because it's an insane rollercoaster of so many styles, and Hanging by a Thread-just a deep track of wildness, goes tangential almost Sabbathy as hell.
A solid band, actually legendary and a catalogue many bands would wish to have.
Hardcore album of the year, pretty much!!!
SUPPORT THIS BAND HARD!!!!
Out now:
https://endlessbore.bandcamp.com/album/drive-not-detected
Physical copies from:
Noise Merchant Records (Cassette Tape)
Innercity Uprising (CD)
Grindhead Records (12” Vinyl Record)