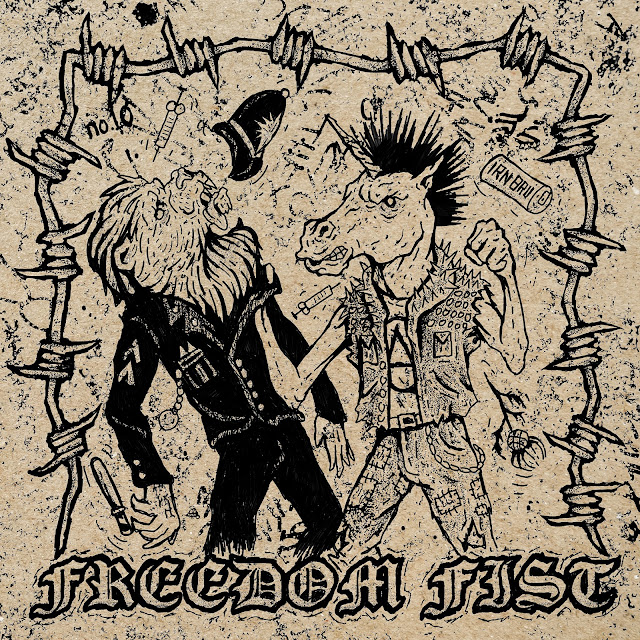 Freedom Fist-S/T album. FFO: Powerviolence/brutal hardcore punk. Love that I found this band, this is mental, frantic, intense powerviolence and hardcore punk with the abrasiveness of being Scottish and angry as fuck(although the two often go together).

This is crushing and political as fuck, but then again I think punk cannot be anything else unless you are so fucked in the head to think shite like Blink 182 or Green Day is punk. This is nasty, clever and hectic hardcore gold.
There’s nothing punk about simply taking to social media to voice your anger and concerns about the systems that are failing you. There’s nothing punk about simply writing songs for profit that latch onto people’s fears and distrust of the government and those who wish to stifle our voices. FREEDOM FIST exists to provide a soundtrack to any voice that needs heard, and to mobilise those in the band’s home nation of Scotland towards the necessary separation from the Union, Westminster, and the fucking Crown.Pissed off, pissed up, and vehement, FREEDOM FIST aims the aforementioned piss at those who continue to allow these fascists-in-the-making into powerful positions, the inbred Germanics who occupy Buckingham Palace, and the slick, serpentine cunts who have forcibly tried to stifle Scotland’s push for independence. It’s not all bagpipes, tartan and pride however. The heroin epidemic, culture of violence, and sectarian servitude of the Glasgow football rivalry all have sharp stabs taken towards them. Scotland isn’t a blissful utopian paradise, but it can be. Not just for the Scottish, but for any and all who wish to make Alba their home in a post Union world.Short, fast, abrasive tracks that embody the attitude and aggression of those who want a prosperous, autonomous Scotland. Hostility designed to rile support from those who might still sit on the fence. Mini anthems for a small nation that has and always will be a global hotspot of art, culture, and humanitarian ventures. Fuckin’ catchy stuff too. D-beats, blasts, wretched and tormented vocals, scummy guitars and blown out bass. 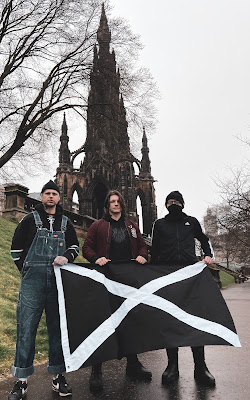 This is excellent from start to end, and the production is what I need to hear-gritty, grimy but everything is balanced and dynamic as hell. Add to that excellent lyrics, solid piss-taking and unhinged anarchic brutality. Yes, most tracks are fast as fuck but exceptionally well-written and catchy as hell. Less grindcore, and more old-school crust mixed with fast hardcore like Heresy etc. But obviously, some Infest and Siege love equally. Totally my shit by a mile. I need albums that make me wanna run through brick walls.

My fave tracks were the crushing Scotland the Slave, We Still Hate Thatcher, Not Mah Queen and Sean Connery's Drunk Brother, but the whole album is a beast and one of my fave hardcore albums of this year.

Plus I love their own versions of two of my fave Exploited and Crass songs that they made their own in INDYREF2 and Dae They Owe Us Our Freedom. And also I adore Scotland (we're fuckin awesome), and every track.

All in all, an epically brutal album, that is fun and political as hell. Killer no filler. Support this band, buy their music, merch, everything.