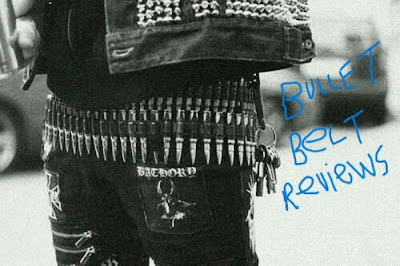 BulletBelt Reviews: Disparo!, Autopsy, Abreact, and Irreparable. FFO: brutally diverse music.
The aim of BulletBelt reviews is concise straight to the point old school reviews in the style of MRR/old hardcore/metal zines. Today we have an excellent array of bands with substantial gems of Fastcore, Death Metal, Metalcore, and Gothic Black Metal. 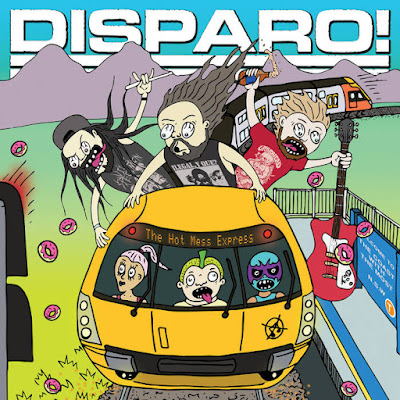 Disparo!-The Hot Mess Express. This is as expected blazing fastcore at its best. The band is not only made up of great blokes, but this is their best album and I state that as a fan for over ten years and not sure if it was lockdown or other reasons, but this is one enraged release. Disparo! deliver crisp and hectic fast hardcore/powerviolence of the highest quality. The production is really punchy and dynamic on this album. Guitars and drums are explosive and the vocals are as deranged as always. But that's what I am here for, and the killer samples they drop in as well. In all, a ripping release and my faves were Los Detesto, DuJour Means Family, Charlie Brown and the killer closer All Abroad. Not groundbreaking, but that's why I still listen to my Infest and Siege records; for mad tempo and familiar aggression. Disparo! are the best fastcore band in Oz for over a decade with brilliant lyrics and crushing tracks. Out now, so grab a copy and support these nutters:
https://disparoplayfast.bandcamp.com/album/the-hot-mess-express 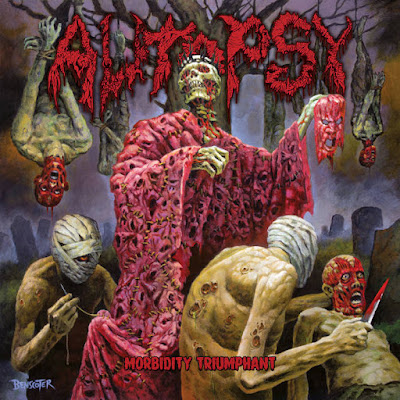 Autopsy-Morbidity Triumphant. Wow, didn't know this was even dropping, but fuck me this is easily one of the best Death Metal releases of the year. Think huge dark tone and Death Metal that sounds like it should. This album is full of utter bangers with even a few slower-tempo tracks to even it out. Everything is pummelling as fuck and this highlights why their entire catalogue is so solid. But to drop an epic album like this after kicking existing for so long clarifies the greatness(as opposed to Metallica who are still going but are an utter joke). But besides the core gritty gore and aggression is wicked groove and sludge that lifts everything. Best tracks: Opener Stab the Brain, Born in Blood and the classic Knife Slice, Axe Chop. Very essential and pure Old School Death Metal.
Out now:
https://peaceville.bandcamp.com/album/morbidity-triumphant 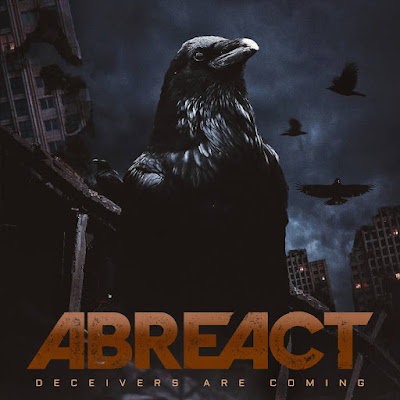 Abreact-Deceivers Are Coming. I have seen the name on gig flyers, but when 1054 records signed these cats I was alerted to their presence. And what a colossal band they are. They have been around for a while and definitely after listening to their catalogue, the slight change in style and vocalist brings them up to the alert level of being a top-level band. This is an excellent mix of metalcore and straight hardcore, but super aggressive and slightly emotive. Honesty really grabs you with its varied tempo and brilliant vocal gymnastics. Trust in Decay( two parts) is well done with clever opposing styles; because for me the whole quiet vs loud always gets me every time. The band play like very experienced players evidenced by intelligent songwriting and placement of riffs/vocals. Listening to this demands you see this band live. I dug how they sound like a mix of early Parkway Drive and also legends like Unearth etc. Highlights: Trust in Decay(Part 2), Paper Planes, The Hate Resistance(best track by a mile) and Deceivers. Wicked album.
Out now:
https://abreact.bandcamp.com/album/deceivers-are-coming 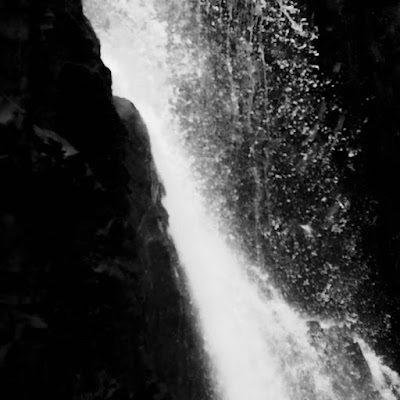 Irreparable-Transfixion EP. This was released a few years back but is warranted to bring to your attention. The three-piece band sit between a few genres but are grim as fuck and thru the mediums of industrial, doom, goth/dark wave and obviously black metal they create on this mesmerising release a brilliant audio document that is deep and memorable. Opener Ambiguous Loss is angsty, and gloomy and builds to a substantial horror movie-style build-up that awakens you to the importance of this band. Delirium is an equally nutso track, that reminds me of fantastic gothic classics at grungey nightclubs, but has brilliant synth/electronic parts to build up the atmosphere. And that is their secret skill like classic black metal bands; create deep tones and creepy shit to make you scared witless; whilst rocking out to monumental riffs. This is a huge highlight of the EP and the vocals are magnificently abrasive and acidic matched with insane musicianship. Incredulity Ascends is manic, but in a completely different way as this track goes straight for the jugular from the get-go. The track rips you a new one like an Old School Death Metal combo with unhinged raw Black Metal fused throughout, but the well-placed electronic touches are perfect when you add some electric Bauhaus-style vocals. This is a compelling and outstanding track for any genre. Near-Life Experience closes out the EP so well and is also the longest track, which isn't an episode; this is a whole movie in one song. Equal chilled-out darkwave with strong ambient sounds that progresses into a hellish earthquake change cometh the 4:55 min mark. Oh man, the bleak aggression from then is sublime; this really beckons you into wanting the band live and a full album of this would be killer.  They really utilise some of my fave genres into a hectic combination that is unsettling and crushing. Amazing release.
Out now:
https://irreparable2019.bandcamp.com/