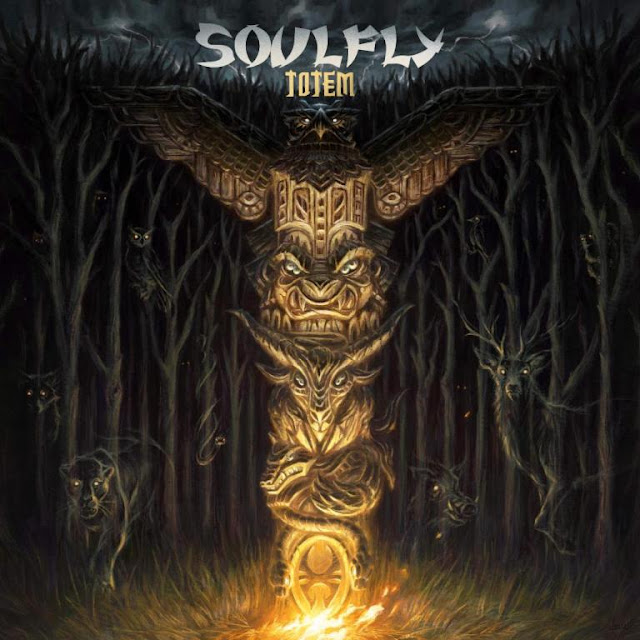 By Mark Jenkins.
This album is sensational, we all know the fucking pedigree of this band and their history; blah blah blah. But if you are a fan of Max's various amazing works; you will love this release. It still has the primitive vibes that come with every Soulfly album, but this album rips. And mostly because it finally has the sheer hectic pace of the old Sepultura albums. This is killer!!!
This really is solid as it has the old-school death metal vibe mixed with thrash of its peak era. It has killer guests from both Power Trip and Obituary. But the key here is it is an aggressive, raging and extremely pissed-off album. The tribal vibe is definitely not as prominent, but fuck me this will be sensational live as this is classic groove-based thrash with some cool death metal influence.
Superstition is one hell of an opener and it grabs your attention so readily. The real ragers are most of the album, but I'll touch on some of my faves. Scouring the Vile has a sick intro that is almost melodic and has a cool buildup and some excellent riff layering that will stay in your head for ages. Filth upon Filth is a gritty track that has a wild enchanting riff of the thickest type and would easily sit on Arise or Chaos A.D, indeed that good and it also gets the prize for best Slayer-like riff/solo of the year. Rot in Pain is a huge fave for me, and showcases how this band is masterful at precise and impactful groove metal. This song will sever your head from your neck. Beautiful, ugly and brute skill is key for this track. The Damage Done is equally as huge despite the tempo downshift, but so catchy and deep in tone. Ecstasy of Gold works well for the following reasons; it has all the classic stuff Max is known for and the songwriting is tight and it is an utter earworm in every way. I think the instrumental is cool but slightly jarring in the sense of balance to the album. This is also due to a sensational, but quite freeform 9 min closer that is Spirit Animal. This is a super adventurous and pretty worthwhile track. It can be a real compressed song in sections where the purpose is clear cut, but it goes super tangential and crams so many styles in one track. This is a throwback to their more traditional form/style. Equally, there are thrash, semi-prog and tribal atmospheric sections. That's why I think the instrumental serves not a massive purpose, but apart from that is a solid and angry release of substance.
Grab this ripper of an album asap!!!
Out now:
https://www.soulfly.com/totem