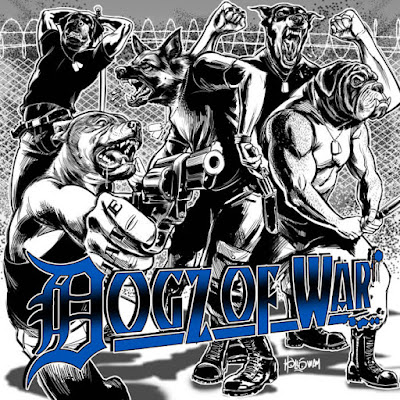 Fuck yes, not only have these legends released a new album after 20 years plus, but Judgment is an abrasive, clever and exceptional release. And easily their best release. And that's a massive call as I rate their debut Undisputed as a stone-cold hardcore classic. This is an impressive and catchy as hell album.
BIO:
After nearly 20 long years Detroit-based Hardcore legends DOGZ OF WAR are back with a brand new album. "JUDGMENT" has been in the works for years & brothers Enzo D & Jake Bulldog finally decided it was time to record & release this killer album. They recently signed to hardcore powerhouse 1054 Records and this sits perfectly as part of Detroit Hardcore history.

Having originally formed back in 1996 & with all the members have been in & around all the OG Detroit Hardcore heavyweight bands such as COLD AS LIFE, H8 INC & THE ALLIANCE their pedigree is undeniable & the talent undisputable !!!

2004 was when they burst onto the worldwide Hardcore scene with their cult classic debut album "UNDISPUTED" so it is time for the next chapter & the rebirth of the mighty DOGZ OF WAR.

Yes, this hardcore mega force is back and I must say they sound even better, the songwriting has improved and the vocals and riffs are absolutely a centrepiece.

This album sounds so dynamic and punchy as hell. The Detriot hardcore scene has a rich history of solid bands with absolute attitude and skill. And this band continues that lineage. Is this caveman hardcore?; well relatively but contains so much more. The Biohazard/Slayer/Suicidal type of riffs can win over any listener.

The first artillery section is foundationally aggressive and grabs your attention. The title track, Won't Stay Down and We Are The Resistance are certainly no complex beasts, but absolutely tracks you would run from the bar to dive headfirst into the pit without no hesitation. But the most solid and compelling section of total warfare begins with the killer track, Nothin Ta Lose. I love how it's a sick cross of the amazing metallic hardcore era of Agnostic Front meets 25 ta Life and even homeboys Negative Approach. This forceful section of the album which is tracks 5-10 just builds on what this classic band did prior to this epic album and adds tons of layers of sonic violence. Everyday We Live, United Crew and Mutual Respect have a perfect balance of raw hardcore mixed with groove and clever guitar work. Mutual Respect is in particular a massive earworm and is as much classic beatdown hardcore and Merauder. But this is no surprise because this album is confident and weighty as hell when you have such sick musos onboard. Moment of Clarity follows and is one of the best songs on this release; the slower tempo really works well for this band with the acidic vocals and pleasantly competing drums and riffs. 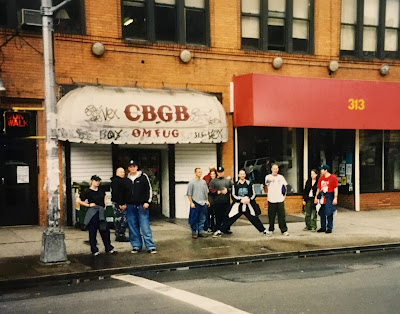 The joy of this album is each track has some sly song structure or riff that refuses to let you walk away. Damn, wish more albums were like this. Year of the Dogz really closes this album out perfectly, plus the final instrumental track.  This track is as much a wicked party track as much as a dominating anthem for the ages. Whilst you take a breath from the onslaught of the last ten tracks, the wild instrumental The End brings it all to a brilliant end. This showcases to a wider degree the added layers the amazing guitar work adds to this release. Indeed, the band's focus is very straight-up macho hardcore brutality which is what we came for; but once you give this a spin the 3rd or 5th time; you can see the work that goes into every track.

The metal influence is mostly how pummelling the riffs are and everything fits together well. This is a very well-put-together release, by players that know how to construct solid hardcore. There is literally nothing to pick apart on this album, it's a raging album that gets better with each listen. Highly recommended!