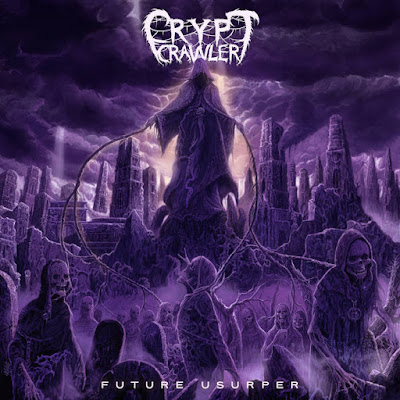 And to think I was thinking, oh no another generic Death Metal album that mimics the greats and is unoriginal. No fucking way, this is a killer release that deserves attention worldwide. This album has it all; deep moody tone, brutal riffs and clever songwriting. And it successful tears the flesh from your skull! and is as hectic as the amazing cover art.
Future Usurper is indeed an Old School Death Metal band that tips its hat towards both Florida and Swedish Death Metal. But its delivery is rightly grandiose and not overblown. Most tracks are over 4 minutes, but all are worth your listening time. The balance of ghoulish atmosphere and pure hellish gut punches is quite remarkable for a sophomore release. And this definitely builds on the fine debut To The Grave and whilst the mixing/masterful has not changed hands, it all sounds richer and more violent. Rather than do a track by track breakdown, I implore you to just buy the album as it is one of the most comprehensive Aussie Death Metal albums released in the last 5 or 10 years. It quite simply has it all: intensely intelligent and real artisan-style songwriting that is dominated by both pathologically dark and focused guitar savagery. Not a single song settles for anything remotely average and reinforces my firm belief that Australia is producing the world's finest Death Metal at the moment. There is plenty of diversity in both vocal performance and the astounding delivery of each track. The album is very cohesive and the production is both forceful, yet utterly engrossing. 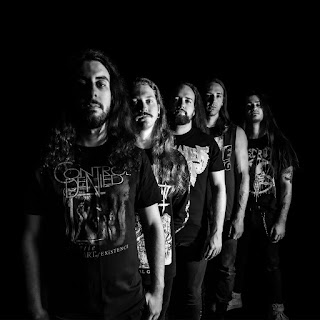 Highlights: Force Fed to the Dead-stunningly riveting and evil, Delirium-easily vocal performance of the year and some of the chunkiest riffs ever, and The Avaricious Ones-incredible and unforgettable journey of a track.
Future Usurper is an extraordinary album and is an absolute classic!.
Out now:
https://cryptcrawlermetal.bandcamp.com/album/future-usurper
Watch this:
https://www.youtube.com/watch?v=PoROQAK4Hls
Antisocial:
https://www.facebook.com/cryptcrawlermetal