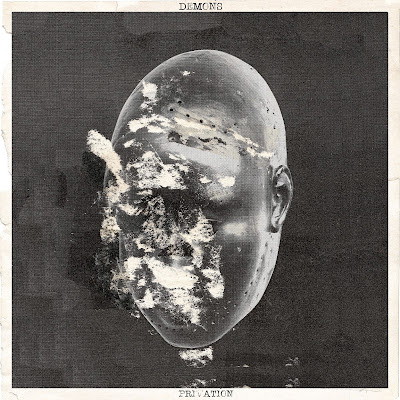 FFO: Clever hardcore/punk in the vein of Cancer Bats, The Bronx, Fucked Up, and Gallows.
This album dropped last month, but it needs your ears. The album starts off in the kinda crazed Converge mathcore style, but this band is so much more than that. The Cancer Bats/The Bronx comparisons are justified because they have intelligent riff-laden grooves and wicked tempo changes that echo these great bands. This album can certainly rage hard, but it also dips in and out of that post-hardcore and semi alternative rock festival-style ground as well. There is also some sludgy doom-inspired riffage and both the guitar work and vocal work are quite sublime. The record has fuckloads of depth because every track is well written and hits the spot in an anthemic and hooky way. My favorite type of album is one in which the vocals work as an instrument that complements the other parts of each composition. Kind of like how the early classic (pre the current shitty version) Gallows records. These were unsettling, but very thought-out albums with a punch. There is no point breaking down the whole album because over its ten tracks it functions as a solid document of how incredible this band is and makes you yearn for their next release. Solid band and an immensely enjoyable raging release.
Soak this album up and worship this band now!
Out now:
https://demonsband.bandcamp.com/album/privation
Antisocial:
https://www.facebook.com/watch/demonologie/