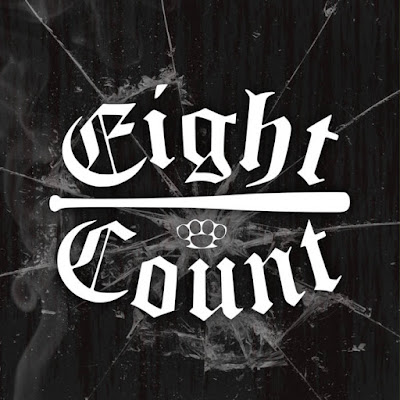 For a band that is less than two years old, this clobbering tour de force has firmly placed the victor's flag on the battlefield. A self-assured and forceful demo quickly got the attention of record labels and stellar live performances reinforced that Eight Count have the character and expertise to outlast most rivals. And within a short time, the demands for the lads to play gigs all over town and including festivals were flying in given their strength on stage. And now their impact is destined to be even greater with today's release of their self titled EP on 1054 records. Prepare to be extremely impressed by this fantastic release and it is easily one of my favourite releases of the year.
The intro track is awesome and hectic…well Eight Count has arrived in a huge way. This is a gritty and crunchy intro track that shows the Frankston hardcore crew ain’t here to piss about.

This leads into track 2: Spit You Out and as is the Eight Count way, this is simply no pissing about, this band is all about (excuse the fighting puns) going for the jugular and aiming for the one-punch knockout. Riffs are so precise and the tone is sublime. Throughout this release, there is a definite dark as hell atmosphere, but its acidity works perfectly with amazingly warlike drums and bass lines that are classic but have a mad groove that drives each song on. Spit You Out is a fantastic opening track with its focused intent and classic lyrics/riffs. 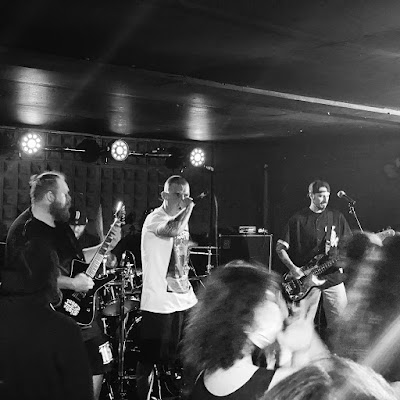 It is evidently clear the production on this recording is perfect for the genre, It’s so balanced and nothing seems watered down. This matches the band’s ferocious live masterful domination for a band that is relatively new and this recording has more confidence, more gusto and even more aggression. And whilst some tracks are from the previous release, even those have slight changes that improve these already solid classics. But the tracks that will floor you are the new tracks, Harley is a killer and clever guitarist whose palettes of various musical tastes have added to the guitar magic here. By no means does the band break from their much loved Madball meets Hatebreed overall sound, but if you listen closely the song structure is more progressive than the thug core foundation that is adored by their fans. And this is of major importance because despite Mindsnare starting off as a straight hardcore unit; what makes them the kings of Australian hardcore is how their sound changed; adding thrash/metalcore and other influences to broaden a basic sound to one that is completely held in the highest esteem. And whilst these boys aren’t quite at the Mindsnare stage (and let’s be frank no Australian band is even remotely close IMHO), the intelligence, songwriting and quality out of this band are superlative. Two tracks from their demo are on this first official 1054 records release and are absolute crowd faves Violent Oppression and Keep It Moving Forward, both are pacey, and firmly in the peak Trial and Error catalogue and are updates that fit perfectly for this release. We mentioned the fantastic second track which is also a newbie but let’s move over to the brilliant two new tracks. I See You is a winner from the second it starts and the guitar work is totally mesmerizing and the tempo changes are brilliant and the vocals are so in tune with the instruments. Everything works so well and this is just classic hardcore anthemic brilliance. And the slowing down portion towards the end was sneaky and appreciated. You will play this one for years. This is a complete earworm, so beware!. Then next is Never Had, which is my favourite track of this release. This song will make you run through walls and work out harder than you ever have. Another phenomenal aspect of this band is the personal and obviously reflective lyrics, the more you go deep into the lyrics, you realise this is a proper hardcore band in a sea of weak clones. This song is full of intense and harsh riffs, drums/bass that is thunderous as hell and Jake going totally ballistic on vocals. Again Harley’s signature guitar wizardry dominates and the last part of the song feels like you are in the middle of armageddon. What a killer way to end a sensational EP.
This beast of an EP drops today:
CD copies here:
1054 — Eight Count CDEP
Digital here:
Eight Count Digital
Watch this:
Eight Count - Violent Oppression (Official Lyric Video)
Get antisocial:
Eight Count | Facebook
and support this amazing band!!.