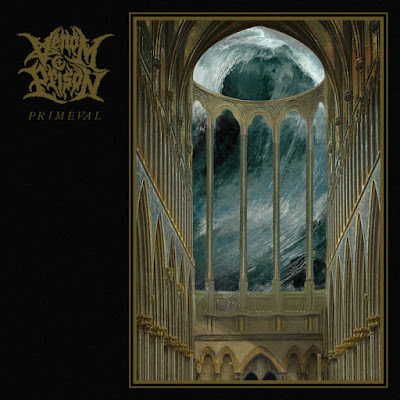 FFO: Intense, searing hardcore influenced death metal that crushes in every way.
Venom Prison is quite simply one of the best metal bands on the globe at the present moment in time. The evidence of this is very clear; every release has been exceptionally solid and this band lifts every song to hellish proportions live. The assertive tone of their music is sublime and completely based on the basics of a top tier band; amazing song structure, timeless guitar riffs/solos, insightful lyrics and gripping vocal style. And this band always builds on with each subsequent release, both EP's were staggering and far from some of the amateur fodder some bands present as initial tasters to their band. 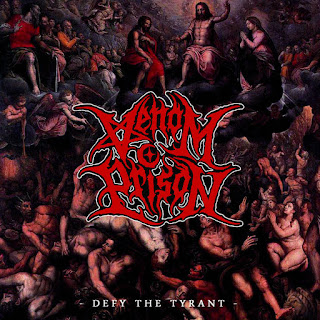 Then we had the staggering beast that was the first album Animus which was astounding in its brutal intent. Add some wondrous videos to match this release and many people were committed for life to this band. Then Samsara dropped last year and again this was even heavier again. And not cliche heavier, but the eye-popping riffs were peak death metal magic. Vocals and lyrics were ragingly abrasive and insightful as always, but if Samsara was a video game, these two abilities were boosted by twin turbojet engines or infinite fighting XP. And that was so hard to visualise as Animus was so angry, aggressive and dynamic. But this is hardly a band to rest on their laurels in any way.
Isolation from COVID-19 gave Venom Prison the opportunity to re-record their first two EP's, Defy the Tyrant and The Primal Chaos which were amazing both released in 2015. Rerecording of old releases is often reserved for bands at the end of their career, but this works so well. As I have indicated both EP's were groundbreaking even around their release time; this update adds tons of more potent and high octane styled production, it just sounds bolder, with more punch and there are also subtle, but significant changes in both guitar work and vocal delivery. The solid foundations of the original tracks work so well with this new 2020 version, Defy the Tyrant still grips you like a key Slayer or Morbid Angel classic and is pure harmonic guitar warfare. Babylon the Whore still sounds like insane demons released from a deep chamber of hell. 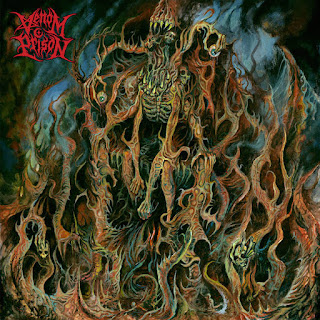 Both Narcotic and The Primal Chaos remain magnificently and psychotically epic and jaw-dropping; as the vocals seem to be in blood-filled MMA matches to the death with the scintillating guitar magic.
So the old tracks have received a killer boost, they absolutely sound even more aggressive and vigorous than previously. But being astute and equally industrious as Venom Prison is, they provide two thrilling glimpses of the future with two new tracks that are both dramatic and staggering. Defiant to the Will of God indeed adds some slight cleaner vocals, but we aren't talking this band taking a pop-punk or emo turn for the worse. Venom Prison are effective and skilled because I believe they build atmosphere even in their shorter songs. There have been so many elements in their songs since inception, be it hardcore, death metal, black metal or grindcore. Their musical palette is broad and has depth, something lacking in most bands in my opinion. That's why Napalm Death has a long career with a stellar catalogue unequalled by anyone. The second new track Slayer of Holofernes fits perfectly in that category as well, a mix of styles delivered in a sound that is truly theirs and be it pace changes, demonic guitar wizardry or vocal style; the track demands your full attention and the listener remains entranced by these marvellous new tracks. This all begs the question, what is next for this band?. They have created impressive releases, are a brutal live act and by the content in interviews are compassionate and smart musicians who are true artisans in the extreme music arena. Primeval is a perfect document of a band that is truly groundbreaking.
Grab the album here:
https://venomprison.bandcamp.com/album/primeval
Watch this stunning video:
https://www.youtube.com/watch?v=IzzP8yEWScE