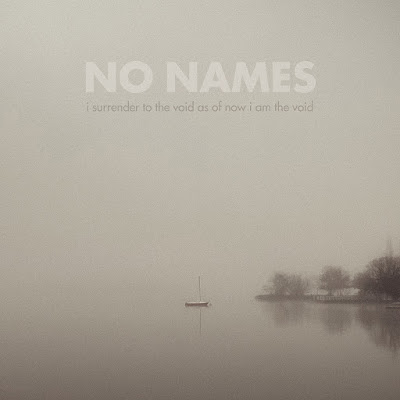 FFO: Well crafted and clever Industrial music that shakes you in your boots and blows out your eardrums!!!. Godflesh/Ministry/Pitchshifter influence, but utterly original.

No Names is a two-piece tour de force that fools you into a false sense of calm by a neutral-ish name and some quaint, if not eerie artwork. But beware, these insignificant matters are just a distraction to what lies within this wondrous release. These eight tracks will inject their bleak, yet energetic tone into your skin and you will join this cvlt band in their mission. Creative geniuses have constructed this fantastic release that both unsettles and invigorates the listener. Opener The Thread is hugely catchy, some serious PitchShifter, Fudge Tunnel, and Mark of Cain vibes jumped out to me and it was hypnotic as much as being damn ragingly grim. Tedium follows(the track, definitely nil boredom to be had on this release, even remotely) with its abrasive steamroller effect with some head nods to peak Ministry albums and also some damn cool alternative stylings near the end that echoed Killing Joke magic with some great vocal work offset by low-end distortion. Fake Faith is serial killer number three in this lineup and oh man, it's a nuclear weapon of a track. Just crushing, frightening Godflesh-like emulation that is groove-driven, epic, and also has some intense sampling for extra layers in this giant of a track. Loved also how doomy this song was as well. Then when you think you have got the band fully assessed, comes in the warlike Manufacturing Desire. This reminds me of my favorite Ministry tracks, the ones that make me want to set fire to cars and burn buildings down. The intensity and aggression jumped up to 11 and this is pure digital warfare. Chunky, riffs that dominate your mind, and then you get some amazing blasty, black metal tribal drum chaos at the end of the track that absolutely floors you. Hell of a track people!. These key and magnificent four tracks make up the foundation of this EP, but then like the great advertisements state: there's still more....like four fascinating remixes that are all worth your time. And all are so diverse, you get three remixes of that insane Fake Faith track-one that is more dark electronica with an almost Massive Attack mystique about it (raven's re-fake), a grim/sample-heavy version that crushes(Decent News remix) and my favorite version of the track-the mentally warped Stalk Market Death Industrial Demix. This celebrates all that is gloriously distorted, drone, and noisy....listen to this on proper headphones and turn this mechanical demon really loud. It's so apocalyptic and that is fine by me. Wedged in-between is a stunning dub remix of The Thread which was an unbelievable surprise package as I fucking adore dub music. This is deeply echoing like hell and has some cool almost drum and bass resonance about it. 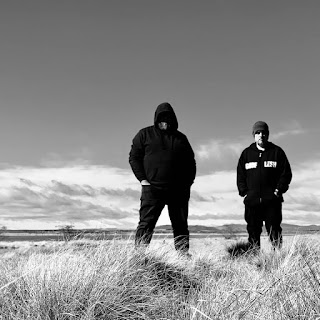 Overall a severely punishing release that has many great influences be it industrial, doom, sludge, or punk. Drums were seriously live like and these guys are damned skilled at both playing and some killer production. Because everything is so in balance, we get the fuzz and distorted dominance required, yet the guitar hooks are not lost- the same as the extraordinary vocals. The fantastically penned title really sums up this impressive release. We all need music that is gripping, challenging and discomforting, No Names provide this and so, so much more.

Keep an eye on their bleak soundscapes here:
https://www.facebook.com/NoNamesAU/