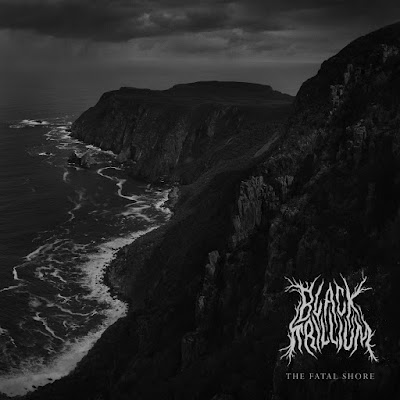 This dark, broodingly heavy band dropped their sensational debut album The Fatal Shore last week and you need to give it a solid listen.
Every week, the depth of this release just grows with each listen. I cannot recommend this album highly enough. Fans of black metal, doom, and melodic death will worship such an innovative and trailblazing album.

I had the chance to chat with Simon from the band and we chatted about the band's beginnings, their aims for this project, the fantastic art, and the brilliant album they just dropped.

The great news is there is both a follow-up EP planned as well as a whole new album. Plus potentially a live show given how well the album has been received.
Enjoy the chat and check this band out asap!!.

1-Give us the history of this exceptionally skilled and deeply heavy band and also how you come up with the name?

The history of the band started with Zach and myself. We met in high school and we had a mutual love of not only metal, but many genres of music. Not long after that we started jamming and writing music together, but for some reason among the genres, we never really wrote metal music. That seemed pretty weird because we both loved it so much, so we decided to start writing some metal together and we created Black Trillium. Because we were just mucking around we gave a random name to the project. Trillium is a type of orchid and it made sense to put ‘black’ in front of it!

2-The Fatal Shore blew me away, not only the rollercoaster notion of most tracks, but it just sounds like very purposeful and that you spend so much time on it. Discuss this? And what is the back story to this release, and what do you hope to achieve with this. I would go as far as to say you are really are going to make the world take notice with the depth of this release.
First of all, thank you so much for enjoying this release. We definitely wanted this album to have a strong theme and a reason for it to exist. I think as a still relatively small band, we hope this release can solidify our standing in the extreme metal world, not only in Australia but abroad. We, of course, want as many people around the world to know who Black Trillium is, and we believe this a great introduction for that.

3-The lyrics and artwork really meld well with the genre of music, art, and music should really be a solid melting pot; your thoughts on this because everything seems really well-curated including the spine chilling video for Banished.
I think for us the art and visual aspect of the band is a huge part of who Black Trillium is. Normally you leave the artwork for the end of a release but we actually start thinking about it while we were writing the music. It's almost like a form of synaesthesia for us. As we begin to write the music we see the visuals that should compliment it. Glad you like Banished as this was part of representing the themes of the music in the video clip. It is, of course, a very dark song and we worked hard to make sure the video represented that.

4-what are your favorite songs off this release and why?

To be honest it changes all the time and for different reasons in different songs. At the moment, maybe because we've just released a video clip, Haunted Oceans is my favorite. Stylistically it's quite different from the rest of the album and we got to try a few different things that will hopefully surprise the listener. To me, it is possibly the most personal track off the album as well. 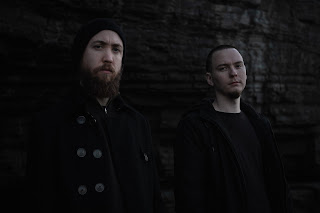 5-Once this COVID-19 passes, do you have plans to tour this albums-because it demands a live audience?
We actually didn't have many plans to perform the album, but I think after the response that we received it would be remiss not to at least celebrate what we've achieved so far with a live performance, even if it is just one show. Hopefully, you can make it!

6-How did you get into metal/heavy music?
I have an older brother and an older cousin who showed me a lot of the music they were listening to when I was growing up. It started with bands like Korn and Slipknot and then it got heavier to bands like Slayer and Dimmu Borgir. Then I got to an age where I started discovering music myself and I think there is a natural curiosity to see how heavy music can get and how far the boundaries can be pushed.

7-And why is it such a sustaining and rewarding genre?
I think unlike a lot of modern pop music, extreme metal doesn't assume the listener is an idiot. Like I said before, heavy metal loves to push the boundaries and can challenge the listener with longer songs, confronting lyrics, and stylistically intense sounds. I think also, from a lot of the anger in the music can come quite a cathartic and rewarding listening experience. 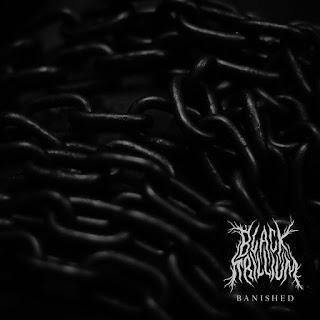 8-Do you have any outside projects/bands aside from this band?

That's probably a question that deserves its own interview! Zach and I love many genres of music and we write everything from grindcore to funk/pop music together. We've actually previously released an album called ‘Longbarn’ with another friend for a project called Tombe. The music sounds a bit more Southern-rock and laid back and is mostly instrumental. But there are also plenty more projects I would like to release music for soon.

9-how’s the state of Australian metal at the moment-we have such amazing and solid bands wouldn’t you agree?
I think it's actually pretty strong. Not only is the community great but there are plenty of mainstream and underground metal bands that have amazing releases and I'm sure there are plenty that I don't even know about but should.

10- any final messages or words of wisdom to the readers?
I think we would both like to thank anyone who's listened to The Fatal Shore. We hope to follow it up with a bridging EP next year that will have a B-side from the album and a cover song as well. And we've already started writing music for our next album. Hopefully, that's not too far away.