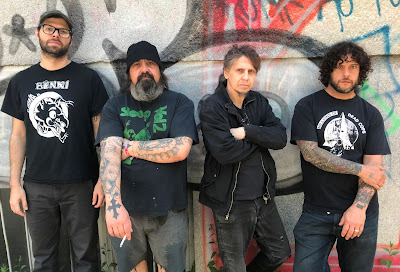 EyeHateGod is pure sludge metal greatness, but with a solid punk/hardcore base that crosses so many genres. Undefinable, heavy and original. That is definitely the way of EHG. On the eve of their Australian tour, we had the chance to chat with Mike IX, lead singer and the lead protagonist of this classic band. To say it was all we imagined and more is a gross understatement.

Eyehategod have rightfully been anti-authority and non-mainstream since
your inception, why is pushing back against the norms so damn important
still in 2019? (Because regardless of genre EHG still remains as punk as
hell in my opinion)

Mike IX: First of all EHG is not a political band, I'm just speaking
personally for myself when my opinions are espoused. It's so damn important
in 2019 ESPECIALLY but always and forever as well of course. The president
of the AmeriKlan people right now is a fucking joke & has brought the
cockroaches out of the woodwork and into the open and they need to be
stomped. I grew up in the late 70's/early 80's punk insurgence and have
always realized the value of fighting back against being told what to do
with my life. There's no reason people can't just live their lives without
having basic human rights.

I was reading in another interview somewhere that Mike IX has written
enough material for close to three books. How is that going and how do you
find the time with the band and other commitments? Tell us about your
creative fire.

Mike IX: Creativity for me is something that just IS. It's thinking of an
idea or style or form of art that you feel like you just NEED to get out
there. I have written enough stuff to put out many new books. I've not had
time to focus on that aspect of my life, and it pains me every day to know I
need & want to put this stuff together and release it into the wild. I'm
also sitting on other band projects, art, etc.. that I want people to check
out.

With the band established in 1988 and having a 30 plus year history, what
changes have you noticed (positive and negative) in the music scene?

Mike IX: I mean jesus, there's always changes to any scene in 30 + years and
it depends obviously on "which" music scene you're talking about. In the
EyeHateGod world there's been ups and downs, uppers and downers, death,
psychosis and near-death experience. Always exciting and equally boring, EHG
has seen it all change, back & forth. Music scenes evolve and mutate and we
have side projects, drifting away and getting grounded at the same time
while EyeHateGod stays the same. I've seen our crowds get younger and older
while the music around us darts in and out of obscurity. Positive & negative
is an abstract concept. 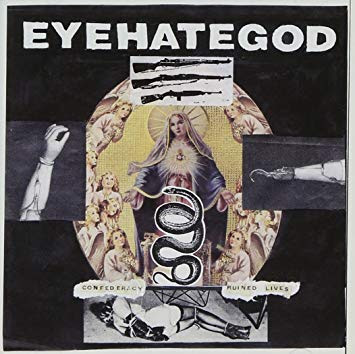 Is there any plans for Outlaw Order to hit the studios again or was that a
once-off type project associated with the band's legal issues at the time?
Because it was an incredible band with the great output if it's a dead
project what other projects do EHG members have on the horizon?

Mike IX: Thanks for the kind words about 00%, however calling any project a
one-off is something I never do because who knows what the future brings.
Once again I can't and won't speak for the other guys but I have a list of
planned recordings, writing and art that I can only hope I'm alive long
enough to see all completed and finished including getting Outlaw Order out
on the road. Other bands I've done like Corrections House, The Guilt Øf...,
Arson Anthem will all hopefully see the light of day live and on record in
the burning future.

Your album titles seem to have some type of theme in them. What is behind
the single New Orleans Is The New Vietnam? And is new music coming soon?

Mike IX: If there's any theme to any of EHG's music it's the broken down
undercurrent of love, crime, hate, depression, addiction, loneliness,
lawyers, hospitals, hopefulness, bus fumes, the sidewalks & streets, living
in vans & hotels, nomadic behavior and desperation; but really there's never
been a set theme except REALITY. We're recording a new album in between
tours, need time to finish it. Not in any rush, to be honest. We did release
a new song on an Adult Swim compilation earlier this year, a song called
Three Black Eyes...

What drew you to hardcore/punk/metal and what is it such a rewarding and
sustaining genre of music to you?

Mike IX: I've always been drawn to extreme & strange different things in
life and things that make you think or want to fight against the
authorities. As a young child, I always read books about the Mafia, horror,
Manson, WWII, Vietnam war, crime & listened to Sabbath, Who and Alice
Cooper...I listen to more than the sounds you've listed above; hip hop, 40's
jazz, early Chicago/Mississippi blues, post-punk, hard rock, glam, garage
rock, drum & bass, grime, power electronics, noise, industrial, darkwave,
Carpenters and ABBA. Most all forms of music offer me something to survive
on. 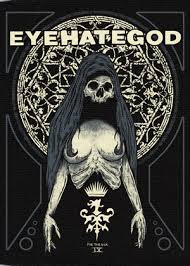 You are hitting our shores very soon, Australia has so much love; almost
in a cultish way for all things EHG-related. What makes EHG so unique in
your opinion? For me, It's the beautiful fact you sit between heavy genres
and remain original as fuck.

Mike IX: Thanx again for saying those things. I love Australia, it's exotic
to us. I've been once and loved it. I love Birthday Party, Saints, Victims,
Scientists, Radio Birdman, Rupture, UV Race, Rose Tattoo, Straightjacket Nation, AC/DC, Fun Things, Eddy Current Suppression Ring, Cosmic Psychos and on and on. Here's a humorous aside; I
recently worked merch for the Chats when they played in Boston. Decent band
as well, good fun and a hustle is a hustle, got paid to check out an Aussie
band on U.S shores. I was, however, quite jealous of how much merch they
sold though!! Those kids were eating it up!

For a band that has quite some quite grim and dark themes in tone and
lyrically, the band always comes across as positive and down to earth; how
do you balance this all out given the various curveballs that have been
thrown at you as a band?

Mike IX: Haha! There's the contradiction, and I thrive on contradictions. Ya
gotta keep a good sense of fun and humor about yourselves, no matter how
dark your real-life and/or lyrical content is. The words are true and as
abstract as life is but the truth is we enjoy what we do and no matter whatever
dangerous dark secrets are brewing inside our decrepit minds, a good time is
what we are in a band for. Who doesn't love a good fucked-up party? Our live
shows are a release of that negative energy and the sound we make is an
extension of our souls, but we revel in what we do. Some nights the positive
side shines through more than others although maybe inside we're crying. You
gotta laugh through the pain a lotta times. EyeHateGod are just as you said,
down to earth realists looking to show people all sides of all lives by
using ear damaging volume and hurt feelings. We are the Masters of Legalised
Confusion.

Mike is a great bloke and it was an excellent chat.
Now most importantly don't miss this tour that starts this week.
As the tour spiel says so importantly:
New Orleans' EYEHATEGOD have spent the last three decades at odds with a corrupt music industry, using their music as a proverbial middle finger, aimed at everything from government officials, sanctimonious shitheads hiding behind organized religion and your own local police force. They have defied all the odds, continued to exist and in the midst of all this turmoil, EYEHATEGOD have become the high water mark when it comes to so called sludge metal, having birthed rock's unholy bastards and inspiring multiple others with their combined sounds of southern rock, blues riffs and hardcore punk. Noting Black Flag, The Melvins and Black Sabbath as a domineering and significant influence to their sound today, they are the cornerstone for countless other sonic acolytes following in their fetid footsteps and have made themselves one of the most reputable and distinctive bands ever. 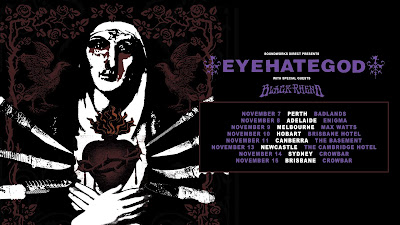