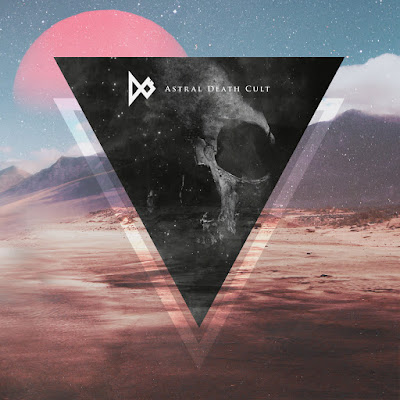 DÖ-Astral death cult album review.
If you like heavy music that sits exceptionally well between stoner and doom metal with fantastic landscapes of depth and texture, you are going to do anything to get a copy of this jewel in this genre. So fkn heavy and epic.

DÖ are an outstanding stoner/doom trio from Finland who has been dropping seismic tunes since their amazing first EP in 2014. The great thing about this band is they steer away from the dullness of many Sludge bands by mixing in fantastic layers of Black metal and even classic hard rock throughout this, particularly immense release. 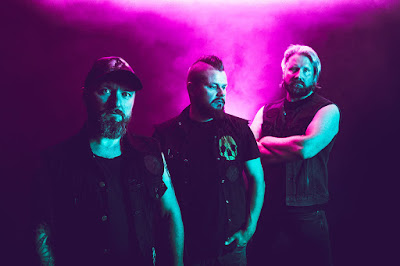 The vocals and riffs benefit from this mixed-genre palette by not letting your attention waver from track to track. You can pick the varied influences in some parts of the album, but this ain't no copycat bullshit. The band is just so damn good at what they do. One every level!!.

And they need to be because most bands dipping in between genres, would frankly sound as though they don't know their defined roles, but oh no; this is supreme top-level musicianship all the way.

Having such precise and warm production helps a shit ton as well. The raw distortion is abrasive, but then the guitar wizardry is crisp and kicks your brain's upper levels at the same time. Best production for this genre the writer has heard in years, by a mile.

There are wicked solos and all of this is balanced by very assertive and soundtrack-like bass and drums of the highest quality. Add to this some of the most unique and jaw-dropping vocals and you have the best stoner/doom album of the last ten years.

All in all six tracks of majestic heaviness, not a dull track and it is 30 mins plus of heavy and epic brutality. One would imagine they would slay live as well.

DO NOT SIT ON YOUR HANDS GRAB A COPY ASAP: