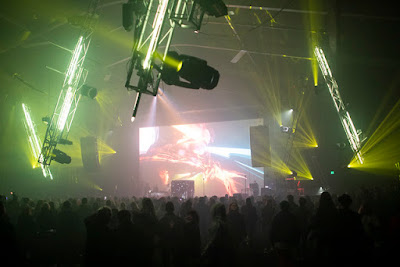 Indeed what a mesmerizing night of electronic and performance art all in one. Again Mac2 presented itself as one of Australia’s best venues and Laterne is one of those events that you never know or can assume any predictable flow for the evening. This is a phenomenal thing of course and what the true believers seek from Dark Mofo.

Due to time constraints, the writer missed Hatam the opening act due to other commitments, but I heard that her set was pretty much the perfect mix of experimental synth and hard arsed beats. So I was quite disappointed, but as always you cannot possibly see everything at this great festival. 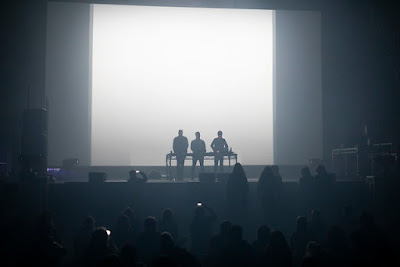 Second Woman is a fantastic act that comes from pop, shoegaze and IDM tangents; but results in a breathtaking and tasty soundtrack of dub, ambient and quirky techno if you will. Their set was an enduring enigma, you had some entirely catching and groove-driven tracks that had varied tempos. But this was excellently complimented by Autechre style dub and noise that was both creative and had definite off the chart radical tone. Fantastic performance, no doubt. 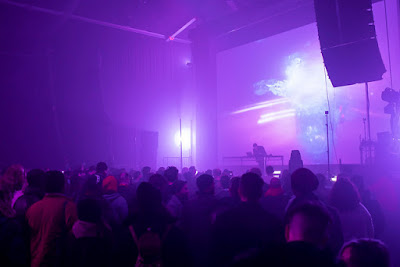 Lee Gamble was an artist I was yearning to see once this event was announced. His body of work so far is incredible, from harder-edged jungle type tracks to more recent deep concepted futuristic immersive ambient textures. 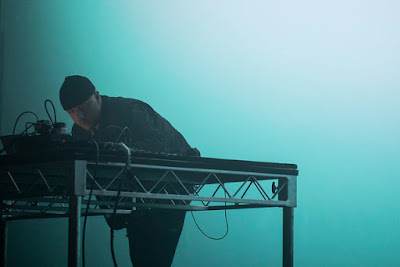 Pretty much catchy tracks that are abstract, yet tangentially complex. The bass and deep rhythms are head-noddingly aggressive, but as per his bio he is so much more than an ex-junglist artist, he is a real composer and this live set took most of his recent works to the next level. Dazzling animations were also a definite bonus and this added so much color to the audio form. Soul-warming this act was and damn impressive. 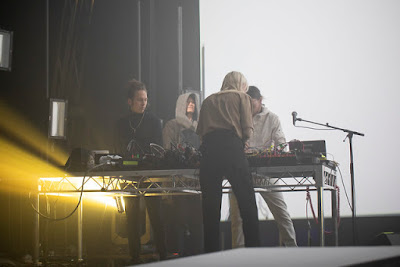 Next up, was a classic highlight of the whole festival for me. The highly out there and well-respected crew is known as Marshstepper, presenting the world premiere of The Sole Seeding of Eden. Marshstepper are at their core, made up of a duo; Jes and Nick. 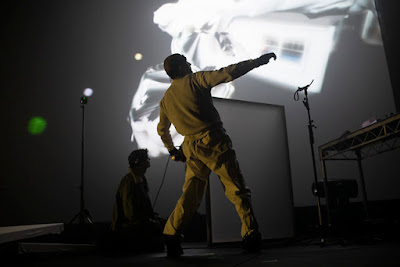 But they are also part of the Ascetic House, an electronic creative collective from Arizona, that does what the fuck it wants be it music, art and everything in-between. And that DIY spirit was definitely onsite tonight. It was an absolutely groundbreakingly incredible performance. 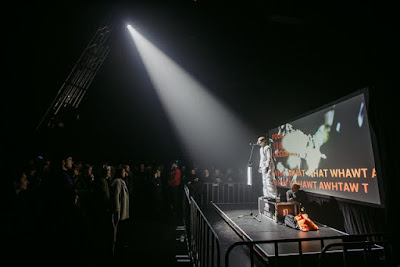 You had three spirited individuals twisting and turning knobs from an array of cosmic devices on the left of the stage and then one chap moving around on the stage doing, well the writer cannot be sure exactly what. At the same time amongst this changing act, was another guy attempting to build a four-walled canvas room whilst looking like he was in some substantial mental instability. 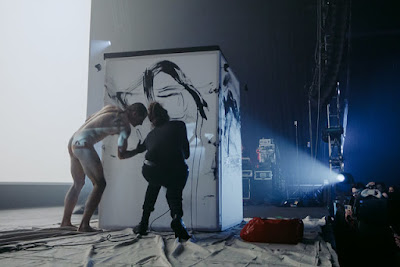 Then the “crazy” guy disappears off stage. The musical tone was noisy tangential greatness, not following any flow but serving as a beautiful soundtrack to the evolving story.
Then the area near a very small stage where the writer was positioned was a guy hurriedly moving through the curtains and who randomly hands me a large professional video camera and disappears. 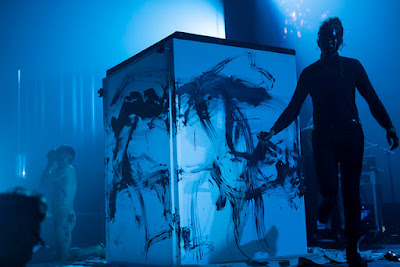 Like “wtf” in the best possible way. So as I continue my assigned part of this act, the “crazy” guy from the main stage appears and stands on the stage yelling chants and some form of esoteric poetry into the microphone whilst the guy who handed me the camera disrobes the guy and removes multiple audio equipment cords, then as he is down to just skin colored tape over his nether regions, then he splashes some type of black paint like substance over his face and body. Hectically awesome. Jump to the next moment, said guy returns to the stage and paints the white canvass clad box with his body and equivalent musical chaos continues. Dark, brooding noisy techno with distortion and almost satanic groove. Sensational in every way!!!. 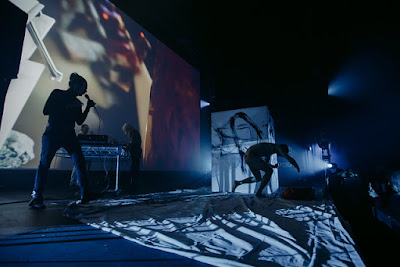 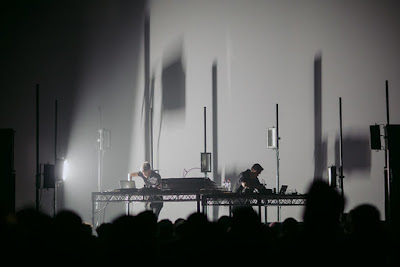 A complete contrast was the set of  UF (Kerridge + OAKE) with their stark and brutalist hard techno. This was just two artists on stage with their desks, a microphone and a canopy of poles with strobe lights. Their music was bombastic, dark and almost industrial influenced. It is the kind you want to hear in a dingy basement of a seedy club or at an illegal warehouse rave. 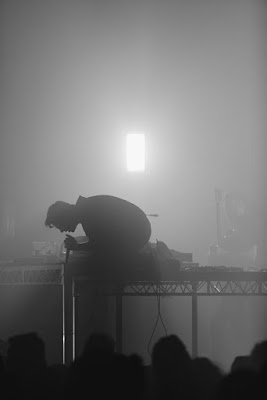 Unhinged, yet completely embracing. Amazing in its frenzied tone and so unrestricted in its palette-splashings of metal, drone and nasty percussion. One half of the duo mounted the desk and was screaming like a metal madman into a microphone, then diving off onto the stage. Berlin Atonal has the cred because it’s events have always been pushing the electronic barriers out further all the time; they have no interest in superstar DJ bullshit and mass populist appeal. It’s about electronic diversity and experimental hypnosis. UF was tribal as fuck, pushing the limits with their sonic warfare and leaving the whole crowd with smiles from ear to ear.

This event had so much texture it was like the whole venue was dripping in a thick, picturesque Jackson Pollock membrane. All hail the electronic craftsmen who have delivered yet again and Dark Mofo for their anti-mainstream commitment.

Thanks to Dark Mofo Media for the access.
Photo Credit: Dark Mofo/Rémi Chauvin, 2019.