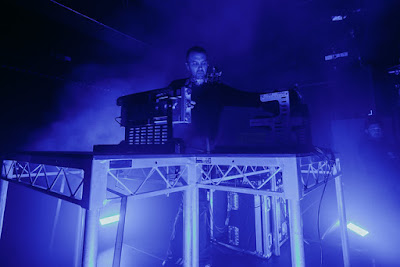 This was the second Dark Mofo session of the famed noise creator Tristian Shone; in the overwhelming form known as Author and Punisher. His delivery of brutal industrial metal fused with doom and drone genres is divine because it is made by machines and circuitry he has designed himself. It's a splendid show to watch because despite being the one-man show; it is captivatingly vicious to witness.

The support act was the Australian electronic act Rebel Yell, where dark, industrial acid electro was the main persuasion. The music was astounding heavy and catchy, but the vocals less so. It certainly had a large audience appeal, but not for this writer. To me the vocal mix really was offputting; it came out of the sound system like some gothic electronic fused acts from the 80's/90's we purposely forgot about. Just not my bag at all, as an instrumental act it would have been more pleasing. But I think it was more due to the mix than the artist herself, as some of her recorded releases have been really solid. 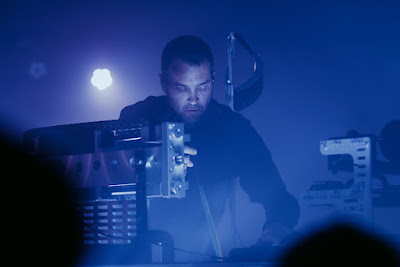 Next up at the party/fatiguing hour of 1am was savagery of Mr. Shone.
Witnessing this for the first time was sublime, a single performer with a strange amount of futuristic and mechanical creations spread over various tables/decks with a robotic microphone waiting for hellish commands. Oh yes, the premise and build-up were intense and with a spin of some weird arse coil or wheel, we knew we would be in for a heavy encounter.

The dazzling array of sliders, handles, and levers in his machine; made for some gripping tunes. Some were straight up like battle scene soundscapes from Terminator or Blade Runner. Most of the time there was a grating and gnawing build-up leading to a brutish crescendo. There was minimal letup and it was equally headbanging and dancelike at the same time. That is if you frequented clubs that one minute you were moshing to Ministry and five minutes later doing some psychotic robot dance to Einstürzende Neubauten. Tonight's audience was a mix of goths, punks, metalheads, ravers and everything in between. Multigenre glory at it's finest, so is the barbaric appeal of this creative artist.

Most of his set was made up of the resplendent album that is Beastland and I had no issue with that. Distorted and crushing dystopian malevolence is the breathtaking tone tonight, but often and surprisingly he had some impressive choruses at times. 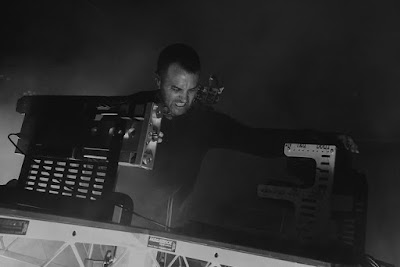 The most wondrous aspect of this gig was that for one ingenious person and his many machines; he provided more depth and atmosphere than so-called epic bands with up to six players. But it was not some act that you tick off your musical bucket list, because he is interesting or a media must see. Pay respect to a truly innovative and absolute musical visionary. Listen to his records and jump at any chance to see him live.

Again thanks Dark Mofo for the chance to witness this futurist wizard.