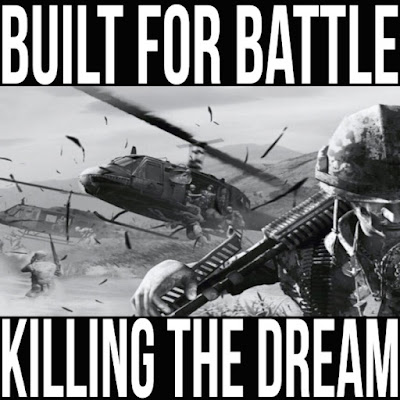 Built for Battle-Killing the Dream reviewed by Mark J.
First the history lesson via their bio:
"Built For Battle is a hardcore band hailing from the forever "prominent hardcore/metal scene" of upstate New York. Forming in late summer of 2011, Built For Battle's members have been a shining part of upstate New York's local music scene for well over a decade. We write songs that we feel will demand uncontrollable movement on the floor in front of us" said Farrell in an interview. With influence ranging from hardcore monsters, such as Blood For Blood and MadBall to thrash and metal routes such as Nuclear Assault and Testament, Built For Battle has seemed to find a medium which collaborates all of its influences and certainly puts them to good use. " 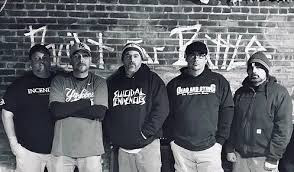 My take: Accurate as hell. This album is easily a top ten contender for 2018. It brings to mind the heaviness of Sworn Enemy with the best of NYHC, but a solid thrash metal influence in every track. The album made me bang my head from the first track to the last. The title track is an absolute raging monster that is completely unrelenting. But take this warning; the rest of the album doesn’t ease up one iota.

Judging by B4B’s live footage I have watched, the transition from live to recording is a smooth one as this release has a total great gig feel to it. Production wise it’s spot on, every instrument is crisp but dark and grim at the same time. Whilst the pace is like a nasty road trip in drag racer, there is enough diversity amongst the tracks keep it fresh whilst heavy as fuck.”Ours to Save” is a case in point like peak Sick of it All from the Just Look Around period, it sways and weaves like Conor McGregor in a classic fight.

Besides the key tracks I have mentioned, my highlights were: Pissed on your Doorstep (angry and brutal track), Nothing but Bones and The Ride (fantastic riffs to take you back to Slayer on South of Heaven…oh yes!). 5 out of 5 yellow NYC cabs.

Hit up Mario at www.upstaterecordsny.net/built-for-battle  (he is also their bassist) or Peter at http://www.1054records.com for this battle hardened gem.

https://www.youtube.com/watch?v=iSqo4ZnLIYc for some live brilliance