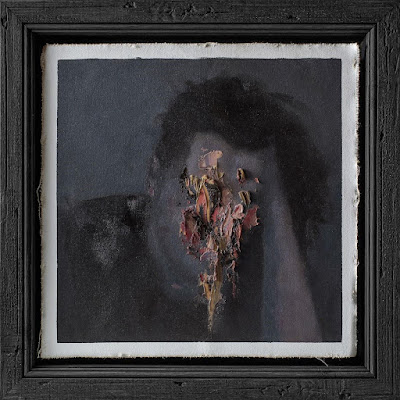 Let's cut the bullshit, this album is easily one of the year's best. And the fantastic thought or revelation is that this is only their second album. Mire was their debut and it still is a classic, but here they take a tremendous formula and let it breathe somewhat, the clean vocals are again on some tracks, but the space is bigger and the sound way huger. The more expansive and varied genres covered here are well represented and pretty much cover most genres of metal, except maybe symphonic or grindcore metal. Certain parts have the gloom of both black and doom metal, with the hectic hammer smashing of death metal, whilst constant wig-outs of sludge/post-metal and almost mathcore. Not one style dominates, however, the key is everything drips in emotion in a rigidly pummelling way. You feel exhausted by the aggressive and inherent sadness of this grim classic. And that is a refreshing break from all the generic metal albums that seem like lame copies of other third-rate bands. 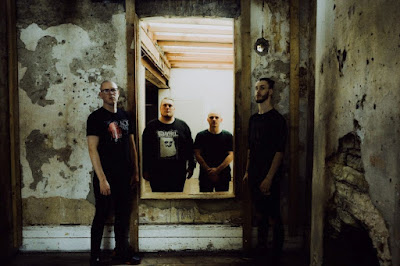 This album is so far ahead of most releases this year. It Dwells begins the onslaught and is full of beefy riffs, endless emotive build-up and a frequent highlight of the album is the contrast between the two vocal styles. This also hints at the vast skillset as thematically it changes into almost deathcore, but an avalanche of sludge hits you. Pathos is a moody ride and this is a killer opener. Rot wins you over, by how seamless and integrated the vocals are; and how the songwriting is that sharp; everything is almost atmospheric yet heavy as hell. One trait I love in bands is when the vocals serve as a key instrument. This track also has some wild tempo changes and a hectic closing riff that is evil and resonating. All You Will Remember is a massive album highlight and let's bring attention to the subject of cleanish vocals. It often is definitely the curse of so many bands and rightly so; it literally blocks my whole interest in emo hardcore, deathcore and symphonic metal as in most incidences, the sum of the parts equals comedy, not craft. But if you look at this act's previous album and this song, there is not anything to fear. This track highlights the merits of lighter-toned vocals because it works perfectly as a balance point to the underlining tension. The vocals in fact set an equilibrium between extremes and you end up with some post-metal glory. Bands such as Amenra are definitely experts in this concept and it shows the huge progression Conjurer has made from the debut album. I also loved the addition of female-spoken vocals to this song. Basilisk is another colossal track that has some excellent black metal stylings throughout and is an absolute ripper of a track. The middle section had some clever melodic moments, which shows how skilled this band is. Those Years, Condemned lays the drama on early and like the whole album needs deep listening on headphones to appreciate all the astute changes within these tracks. The rollicking guitarwork is just magical as it leads you on and you stay focused to see what happens next. This is a perfect song to indicate how wonderous their drummer is; he can be blasty, sludgy or almost jazzy in approach. Yes, the band is that amazing. Suffer Alone is a fave as I am both a devotee of both Napalm Death and brutal hardcore, so I was moshing in my study and car to this heavily. Huge, epic and crushing track.  Then we move back to sonic warfare of the doomy kind with In Your Wake. It's so obvious I love this album and it's extremely hard to not be overflowing with compliments for this fantastic album. But this track indicates this very clearly with its grim tone and the way it bounces between Mastodon weirdness, blackened death metal and almost stoner doom. Just listen to this killer track if you want an idea of how broad the band's palette is. This album deserves all the kudos possible as it sits between many genres and is not chained to any in particular, but actually creates a sound that is it's own. Cracks In the Pyre closes out this enormous album and the slow start is broody/moody as hell and then is punctuated by THAT wild riff and exploding vocals. But the focus is on a simmering pace that just chips away and you are drawn to what could happen next. It was a crushing track that is visceral and one for listeners who are patient and choose deep listening over cheap thrills. The clip is intense as well and is linked below.
So in summary, Conjurer delivers a brilliant album that is moving, poignant and grand. It explores many subjects, musically broadens their musical horizons, builds on the previous album and is a total success in every way. One important point is also that whilst most of the tracks and the album are of long duration, repeated listens have not taken away my deep interest in this album. Personally, most albums over 40 mins require skipping multiple tracks IMHO. But not on this album, the whole document is grandiose and rewarding.  I highly recommend you buy this release and spread the word about this accomplished band.
Out now on Nuclear Blast records:
https://conjureruk.bandcamp.com/
Watch this:
https://www.youtube.com/watch?v=ZPl3qgZuCv8
Get Antisocial:
https://www.facebook.com/conjureruk
and here's an interview I did with Dan in Hobart before they played Dark Mofo
(unfortunately due to illness I missed this whole gig, but all reports indicate they were one of the best bands to play that particular event). We chatted about how the album came about and the differences between Pathos and Mire, the themes contained in this release, the solid UK metal/hardcore scene, what comes next and how the band is not pigeonholed into being one style etc. Dan was very passionate about the band and their releases as expected and this was a great interview to do. Support this band, please!!!.
Enjoy!.