Nicolas Cage Fighter – The Bones That Grew From Pain album review. FFO: Thrashy, Death Metal/Hardcore with perfect delivery. Yet another album of the year that is Australian. 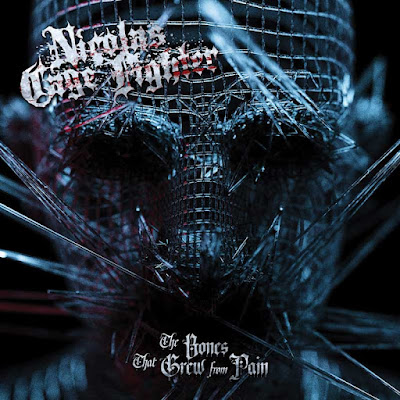 Nicolas Cage Fighter – The Bones That Grew From Pain album review. FFO: Thrashy, Death Metal/Hardcore with perfect delivery. Yet another album of the year that is Australian. This band destroys every time they play live and the genres that fuel their style float my fucking boat majorly. This sounds like Hatebreed and even Mindsnare having a brawl with Slipknot/Psycroptic. The foundation is absolutely hardcore, but the riffs, guitar tone, and vocals are very Death metal with tons of Thrash. And this is so refreshing because I am personally sick of all these ordinary-sounding metalcore/beatdown bands that are currently flooding the Australian music scene for the last five years or so. It's literally like; can you possibly not all copy each other; with exceptions to the rule with newish killer bands like Dregg, Speed, and these legends.

This is a killer album that sounds loud/dynamic and lively. The 36 minutes it takes up goes by very quickly and the fare on display is aggressive with maybe a tiny touch of Melodic Death Metal, but only slightly. The riffs are massive, the bass and drums completely in sync with the high level of vigorous and forceful vocals. This band also reminds me of later Melbourne Hardcore beasts Crowned Kings. They have the groove in spades and can get tangential in a not too tech way. The mix of thrash and hardcore almost sounds like modern crossover with all the metal guitar glory you ever need. Intelligent and hectic sounds all around. 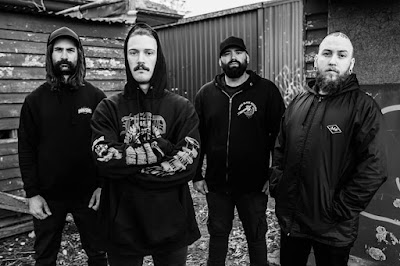 The whole album is simply one huge highlight. Grey Eye opens this release and sounds like the nuclear war on your doorstep with bombastic drums and a thick groove underplaying everything. Cracker of an opener.
The next six songs are all raging classics and would guarantee bruises and pure joy from the pit. Shrine of Wire, Coughing Wire and Static Abyss is moody as hell and antagonistically fierce. You also have a key factor to this album; the vocals are first class throughout-he conveys the nasty but the delivery is so atmospheric-so it's grim, but not in a black metal way. The title track is a massive fave because of the structure and the build-up of this track. For me, I want tension and uncertainty as to what will happen next. I also really worship this track because it reminds me of one of Australia's best ever extreme metal bands and also hailing from Ballarat as well, the amazing Damaged. And that is really throwing the highest kudos to this band. This song is followed up by another beast Weeping Sores which is a monstrous track that has some gnarly Old School Death Metal mixed with straight-up metallic hardcore. Compound and Fracture raises the heat and tempo slightly and runs with the groove metal vibe meets Slipknot on meth. Another classic track that allows you not a moment to take a breath. Foundation is another huge track with almost spoken vocals and scintillating vocal shifts that continue to hold the interest, and an absolutely sure sign of an excellent album. Heretic's Vow is an album highlight with some wicked guttural vocals and fuck me this band has more anger than any therapist could ever cure. And this also had a wild ending I didn't expect; this is a band with a huge future. A Great Ruinous Deed closes the album with everything the band has pushed to the limit as an utter all-or-nothing track. This track drips in audio violence and one I played back heaps as the subtle guitar changes were mind-blowing. This is a killer way to end an album.
Definitely one of the best albums of the year!.
Out now:
http://www.blacklightmediarecords.com/nicolascagefighter/
Get antisocial:
https://www.facebook.com/NICOLASCAGEFIGHTER
All the band's links:
https://allmylinks.com/nicolascagefighter?fbclid=IwAR0unuwG5Ugcb6qkShHnf9O5mny1-7lBBUFWF1XuWO2VV6DiCmdrvqUCIKU
Watch this:
https://www.youtube.com/watch?v=EjfZOkwm4bk