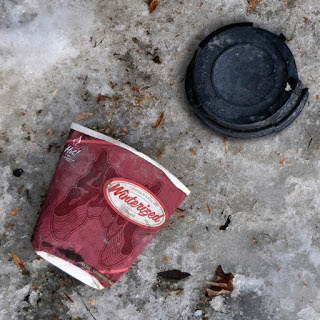 Montreal's amazing Seum has done it again and followed up some frankly epic audio products with the best release of their existence. Winterized is a weighty and grim exploration of multiple dramas for this band be it lockdown, loss of work or car accidents. This is a fuzzy masterpiece and crushes all the generic sludge bands to dust.
If you are new to this formidable three-piece band, they creatively take stoner or doom metal to the hellish limits by having no guitar. Yes, that's correct. But however, the bassist plays bass better than some well-known metal guitarists play guitar and creates deep and grim magical tones. The drummer is equally as talented, with accurate tempo changes and precise technical skill combined with a grievously savage vocalist. This rare combination makes the band and in particular this album original as hell and drips in ambition.
The record consists of seven cracking tracks. It all kicks off with the very moody Sea Sick Six, which is like a mini doomy abridged version of Iron Maiden's Rime of the Ancient Mariner. So an incredible start and this leads into my favourite track, Life Grinder which I rate as fantastic as any sludge classic. It has so many epic elements, groovy tempo changes, a killer chorus and so much energy. And definitely sounds riffy as hell, remember again no guitars!!!. Then is an extremely Sabbath-like worship track by the name of Winter of Seum that has a bass tone as gloomy as the bleak lyrics and is all about raising the devil's horns to the sky. So far we have some wicked variation across the first three tracks and Broken Bones mixes it up as well whilst still continuing a sensational plodding tempo; exhibits some great stoner metal stylings. Track 5 is the delectable instrumental interlude 666 which breaks up the previous morose atmosphere. 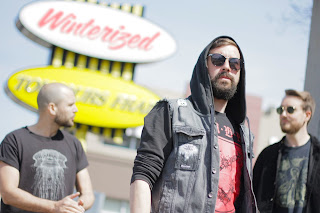 But then we have an album highlight, Black Snail Volcano that is both film soundtrack worthy and festival anthem-like. Seum certainly doesn't promise any sunshine and rainbows in any of their tracks, but there lies the unwholesome glory of this band. They consistently sound like either the singer of Venom or Bathory is fronting a desolate sludge band whose members have witnessed horrendous trauma of unspeakable depths. They even pull off a completely unrecognizable cover of The Ramones Pet Sematary that works perfectly as an album closer. This band has so many skills and will continue to put out immense quality releases. And a recent wondrous live set video shows they also kings of the live domain, and in fact, Seum was even rawer and more unhinged than their solid catalogue. And that's hard to imagine given the ruthless and spirited intent on their releases.
I adore this super original band and you need to as well!.
This potent album drops June 11 and grab it here:
https://seumtheband.bandcamp.com/
watch this wild video:
https://www.youtube.com/watch?v=-iIjHWq-1uY
and get antisocial here:
https://www.facebook.com/Seumtheband/