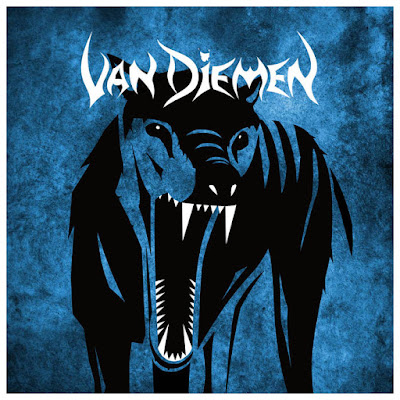 This is a cool project indeed. Patrick was born and bred in Tasmania, but moved to Germany a few years back. The vocals are performed by the singer from a killer german underground band named Majak. And it's as The Young One's Vivian would say"Very Metal".

Excellent quality melodic death/thrash metal with some equally traditional classic leanings as well as some stoner vibes. The vocals match the riffs which are massive and epic. It all paces along nicely, whilst not being anything hugely original; it's catchy and done with strong skills. Solid songs, done well. None of the six tracks are distractions, the album flows well and is a fantastic ode to the home where the project's writer lived. It does vary between tones and pace and appears to be an album that would be adored on a live stage. This album is very old school and worth frequent replays of this release. Very decent.