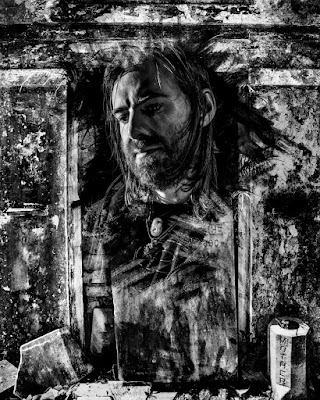 We love Nathaniel and his amazing work from multiple mediums, but this recent EP "The Three Mothers" was a dark, fantastically creepy celebration of original music with depth and color. So course we are stoked to see he has just dropped an insanely and suitably macabre, yet technicolor video and you will love it.

Nathaniel Shannon and The Vanishing Twin is an experimental dark folk project and the creation of Detroit-bred and Brooklyn based photographer and multimedia artist Nathaniel Shannon. Today sees the release of his spooky video for Mater Suspiriorum. The song is taken from THE THREE MOTHERS, out on US based label Aqualamb, the second video from the EP after Mater Tenebrarum was released earlier this year.

THE THREE MOTHERS bore its roots several years ago as a few disjointed keyboard-based loops in Nathaniel’s apartment. Some feedback, extremely late nights, and a lyrical concept based on Dario Argento’s ‘Three Mothers” film trilogy later, and a record the artist never intended to write was born. 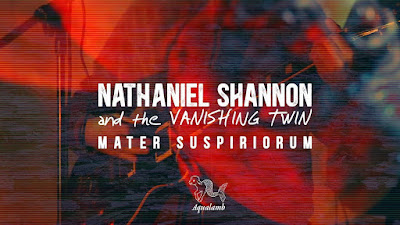 The inspiration behind the video for Mater Suspiriorum is truly unnerving as Nathaniel explains the full story, “The week that Aqaulamb released “THE THREE MOTHERS” EP, I went for a jaunt into the woods near my house and came upon a baby doll lying next to this A-frame looking tree hut.

Both the A-frame, and the doll obviously stuck out, as the leaves had made a blanket of dead foliage. Returning the next day with my camera to take some pictures, I found the doll was no longer there. I paid no mind to it, slightly disappointed, and went about my business appreciating the last days of an Indian summer.

A week later, I found the same doll a block from my house in a neighbor’s front yard. I brought the doll home with me, elated that I had stumbled upon it again, with the intention of photographing and filming it. I captured a few seconds of B-Roll video when my camera suddenly died. I had just put in fresh batteries, yet it was still dead. I swapped out the batteries and tried again. The camera rolled for about 10 seconds before that battery died. This happened a few more times. I recognized that this could be some sort of a camera issue, and while frustrated, didn’t think much of anything besides a technical issue. I had several clips, and that's all I really needed.

That evening, we lost power to our house. Our neighbors all seemed to still have electricity. Upon calling the power company, they showed no record of us not receiving power on their end and said they would send someone out in the morning. Meanwhile, the doll was left in my studio space in the attic of our house after I had gotten done shooting.

I didn’t sleep well that night, and had awful nightmares seeing someone with a red, distorted face. I awoke the next morning to the knock of the power company coming to see what the issue was. The electricity was still out, and I noticed the baby doll wasn’t where I had left it. I couldn’t find it at all. My girlfriend was out of town at the time, and no one else was in the house. I'd had things go missing in the house before and wasn’t trying let my mind wonder too much.

The power company couldn’t find anything wrong, and I began to grow concerned about this doll being in my house, but now I couldn’t find it. I tore our house apart, remnants unfound. I went to a friend's house to do some work.  Returning home later that afternoon, I found the doll laying in the middle of our living room floor. I immediately grabbed my camera and stuffed the doll into my bag, promptly returning to the A-frame tree structure in the woods, where I returned the doll, and shot some B-Roll of the tree hut, which can also be seen in the video.

When I arrived home after returning the doll, our power was back on. I couldn’t shake the cold feeling I had. I prepared some notes of my dream and decided to try and recreate it as best as I could for this video. What you are about to see is the doll, the location, and my dream interpretation mixed with a live performance of me playing "Mater Suspiriorum." 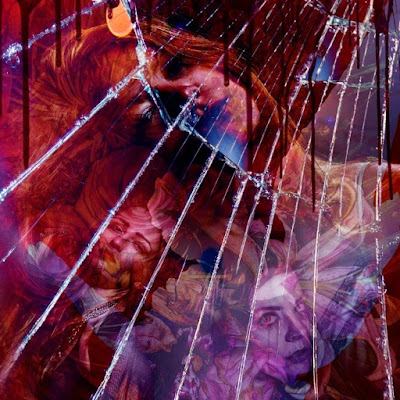 And buy a copy of this gloriously evil and satisfying masterpiece: