Luke Yeoward-Always in Your Heart single. (And an incredible album very soon!) 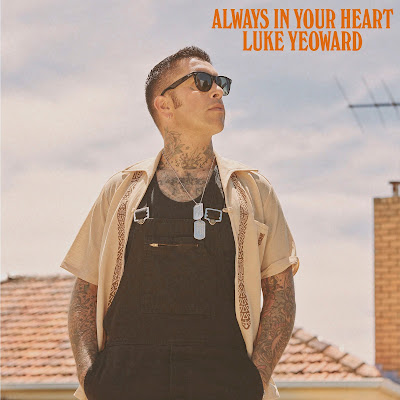 Luke Yeoward- Always in Your Heart single. (And an incredible album very soon!)

Luke is a super talented Melbourne based musician who has excelled at many genres including Punk, Ska, Soul and even Americana. He has been a music lover since a child and just keeps creating passionate music with finesse. This writer loved his band King Cannons; which were like The Clash meets Toots and the Maytals crossed with proper old school Soul. His solo album, Ghosts was killer because it never sat in any one lane and brought all his many influences assertively forward to produce an album of huge confidence and such astuteness. There was massive variety across the eleven tracks and decent pop sensibilities that wavered beneath the underground genres it deeply celebrates. For an album of so much diversity, it just flowed so well and demanded repeated listens. I loved it as it was equally dynamic, emotive and catchy as hell.

That's why I am so damn excited to hear this first single from the album Marigold Avenue that drops soon. And it's deep reggae/ dub of the finest proportions.

As the press release states:

The first single taken from MARIGOLD AVENUE introduces a new roots focused subsidiary label NEBARI. The debut release on NEBARI will also see the two brand new Lee 'Scratch' Perry remix versions of "Always In Your Heart" cut for a 7” vinyl record to be released on April 8 2021, with vinyl pre-orders being announced in March via the Artist First webstore. Yeoward explains that the new single is "something deep and different then anything I’ve ever released before. It's about being separated from my children. It’s timely and likely relatable because of the COVID-19 restrictions we’re all faced with currently. My studio is at home nowadays, so the kids sing backing vocals on the track too. It’s a very special song to me, so when I was lucky enough to have Lee 'Scratch' Perry remix and cut vocals on two different versions, that absolutely blew my mind. Never in my wildest dreams did I ever think The Upsetter would dub one of my tunes”. 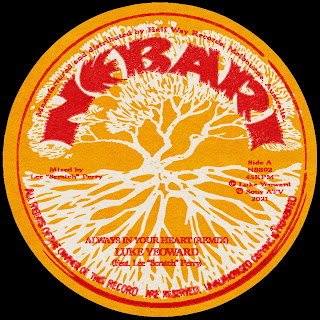 Yes, the single is killer as a standalone track, it just glides like maple syrup through your ears. Sublime rhythms, perfect harmonising vocals and perfect old school reggae/roots guitar magic. perfect for a sunny day or any day. Plus I loved his kids doing backing vocals, sounds cheesy but works so damn well. Then you get not one but two Lee "Scratch" Perry remixes that are flawless and add even more colour to the original. But we are talking about one of the most revered icons of dub/reggae and rocksteady, the vocals and stylings are magic as expected.

Grab the single and be wise enough to order the killer 7" vinyl of this release and get excited for the album that drops soon. You won't be disappointed!!!.

He has a new rocking band and they have two upcoming gigs in May: