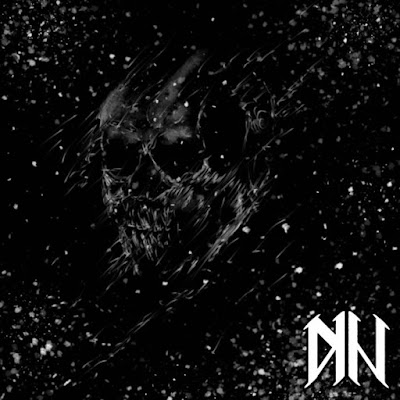 This is a fucking abrasive, noisy journey into audio torture and it absolutely fucking rules. This is nasty, ugly and mindfuckingly insane.

Michael; the chief creator who previously sung for one of Australia's most ferocious political grindcore bands Population Control pens this band/project as:

Apocalyptic.Nihilistic.Depressive.Death.Industrial.Noise.
This is accurate, however, this band needs more deep-seated applause and grandeur to the soundtrack to the end of all worlds and the welcoming hand of insanity.
This seven-track beast of an album is a gem because it ticks so many great boxes, It's DIY as fuck, it doesn't go for the mainstream industrial vibe, but rather the harsh noisy version and art as an audio construct. This is definitely hard to listen to and certainly not chillout or cheesy nightclub vibes. This is more akin to a Berlin underground warehouse moment where creative genius dictates that you will feel the pain of the layers and you will have your head messed with. As the first release for this project, I am staggered at the crafted layering of noise, samples and hard electronics that aims to shatter your eardrums and any rigid musical genres. It is starkly original and strays away from any leading band worship. Just gritty and hellish soundscapes that sound like forty demonic voices in your skull whilst machine warfare overtakes any resemblance of atypical instrumentation.
It is massively different in both musical form and lyrical content compared to the artist's previous works. Personal reflections and struggles seem to fuel the unhinged catharsis present here. Pain, suffering and torment are echoed through most of the tracks. To single out some highlights, I suggest Burial with its killer and sinister drone tone which slowly but surely destroys your tolerance for feedback and mechanical static. Let Me Rot is the album's finest moment; it literally sheers off your skin with its vitriol and abrasive magnificence. Overall this is a demented masterpiece of experimental noise. The release punishes you, but you will delight in the filth it pours over you.
Links:
Buy this noise:
https://deathindustrialnoise.bandcamp.com/releases
Watch the band kill it live:
https://www.youtube.com/watch?v=6x6pXmsRzEs
Antisocial:
https://www.facebook.com/DIN-Death-Industrial-Noise-102790151729319