Vicious Circle- From the Vault album review by Mark Jenkins

Vicious Circle- From the Vault album review by Mark Jenkins.

Unless you have been living under a mountain size boulder, you know Vicious Circle are Australia's longest-running Hardcore band and have been producing amazing music since 1983. This is a band that has never been stagnant and whilst never moving with any trends, they have expanded their solid foundation with increased heaviness over time, but always in an outstanding way. Pretty much a definitive catalog for any hardcore/punk/metal fan.

And now they(well almost two months ago, dearest apologies we have been swamped by reviews/releases) released this killer collection of lost gems including pretty much the best damn hardcore cover versions period. And there ain't boring cover songs of shit that is overplayed; here's the hit list: Black Flag, Discharge, Ramones,Crumbsuckers and Bad Brains to name a few. Plus sweet covers of more obscure gems like Terveet Kadet (Finnish HC, seriously google them and get their shit) and The Wipers. It's not just decent, but brilliantly classic VC versions of these tracks and in most cases way better than the originals. 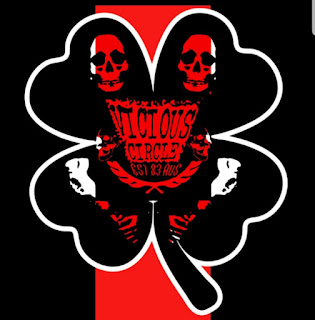 Adding to this(note not padding it out) is bonus tracks that were outtakes or unreleased gems. Like White Dirt Nap, Ultimate and Pushing Fate all gems for a never-released 7inch which are total abrasive gems and frankly hooky as fuck.
I also dug the industrial style track Blue Collar Zombie as well. This just shows the depth this band has always had.

Hit the band up for this release, it's a classic monster of an album.

These hardcore gorillas have a new album slated for this year, the VC machine will never let up.