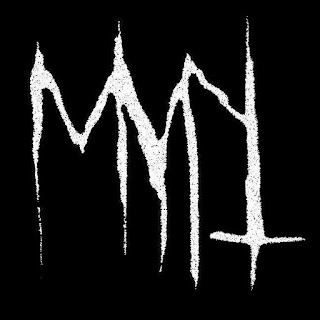 Absolute double whammy today evil cvlt comrades, first up a interview with Spud from one of Hellburn's finest new bands; Munt and then a quick review of their sick new single.

Bands name is MUNT (MVNT). Originally started by myself (spud) as a bedroom project. I actually recorded our demo EP 'CAGE' about a year before we started doing anything live. Originally I recorded all the tracks myself in Melbourne and then had my old drummer from back home in Scotland track drums and send them over, then I had various friends in different bands come on board and do different guest parts.... But that had it's time and when we started practicing as live band in Melbourne I felt it was better to re record it as a demo of how the band was sounding with the new members.

The music has developed a lot over that time as well and we recently released a new single called “STRIGES” which is a much more accurate representation of what to expect from us in future.


2- What drew you to hardcore/punk/metal (etc) and what is it such a rewarding and sustaining genre of music to you?


I could say all the usual things like I enjoyed the rawness of punk and metal etc but to be honest the more I've thought about it the more I've come to realize that, I have something I need to get out of me, and if I don't get it out I start to go crazy, and whatever that thing is, it feels better when I play or listen to really loud fast intense music.


3- Devil’s Horns firmly believes that music and art is the best crossover in the universe , how does that work for you as a band?
We definitely incorporate a lot of art into our music as a project. It was something I felt I haven't had much of a chance to do in previous bands, so with this I wanted the artwork to be an equal reflection of the mood we want to create with the sound.


4- Live how does your music translate?, do you have a message or what rewards you?


I guess our music probably translates a bit clearer than some of our fellow peers, depending on who you compare us too. I do like the idea of concepts and a message in music, I think it gives it substance, saying that not every song needs to have a deep profound meaning... we definitely have mixed meanings in our songs but most of it derives from a similar source; The planet is dying and we as humans are to blame, we have over populated and infected every inch of this Eden and enslaved and murdered our fellow occupants for personal gain. And it sickens us (hence munt)


5- Any upcoming releases you would like to tell us about?


We are currently finishing off writing our next EP which we are going to start recording towards the end of the year. We maybe have a few other surprises between now and then...


6- What are the highlights for you as a band so far?


To be honest just the amount of positive feedback we've had from the shows/release we have done recently has all been incredible. A lot of people who's bands and opinions I highly respect have been saying good things about us and to me that is all a major highlight.


7- On the flipside, the struggles and challenges?
I could write you a separate essay on the struggles of being in a band if you like...


8- Any favorite current artists or particular albums you have on rotation?


9- What are the future plans for you?


Our future plans are that we intend to take this as far as it can possibly go, then a little further. 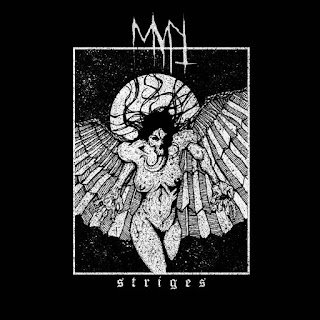 Munt recently dropped a killer single "Striges" via all digital platforms and it deserves 5 out of 5  decaying corpses as it will rip you a new arsehole. Is it grind, death metal or a blender of all those fine goodies plus a sprinkle of hardcore?, who really cares because not only is it produced with such headsmashing definition that it will blow you away on the first listen, but it is so, so, so heavy and well written that it staggers me how original and epic this band is so early in their career. Get amongst it. This is a nuclear powered weapon of a track. Devil's Horns can't wait for the next release if this is just a taste of this band's ability.Also one of Melbourne's best live bands incidentally!.