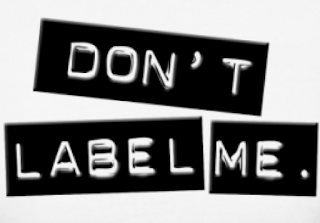 Don’t Label Me is a label spotlight in an interview format that looks at quality labels, home and abroad. Let’s kick it off with Peter from the mighty force that is 1054 records.

1-What’s the history of your label and why did you start the label?

I can’t take credit for actually starting 1054 Records myself …. it was launched by Choppaz (Rust Proof / Crowned Kings) originally so that Crowned Kings had a label to put out their album “Forked Road” back in 2015. I came on board with Choppaz around mid-2015 to start up and run the Distro service (www.1054.bigcartel.com) where I now stock releases from all over the globe as well as homegrown artists.

I then started looking for opportunities to sign up some international acts to help get us noticed more overseas and build the brand in general, the first of which was Brazilian powerhouse Worst with the split 7” with Rust Proof which was a great success & really started to get the brand out there internationally.

2-What’s the story behind the name of the label?

It is actually the police radio code 10-54 for “possible dead body” & I believe Choppaz & Bones (Southpaw) came up with the name & logo concept no doubt over a few cold ones!!

3-How many releases so far?

To this point there are 10 releases:

4-Tell us about the struggles of running a label?


Personally the toughest part has been pretty much learning on the fly & having to basically fucking wing it in a lot of ways!!!! Having had zero prior experience in running a label. Luckily I have been able to get advice, help & support from some great people around the world who have been involved in the industry for many years which has ben invaluable.

The other struggles I guess are simply the time factor … working full time in a rather hectic & chaotic job as well as dedicating time to my family can leave bugger all spare time for the label, but I reckon I’m managing it pretty well although my wife may beg to differ!!?? Hahaha

And of course the ever present $$$ … trying to sensibly decide what to spend money on & actually get a return in order to grow the label & put out more releases. That can be tough when you are a total lifelong fan of the music to look past your personal taste and look at things a little more commercially …. I’d love to release everything!!! Hahahaha

5-On the flipside, the highlights and wins?

Man I fucking love doing this shit!!!! Having been obsessed with heavy music in general for well over 30 years having the chance to now own & run my own label is crazy??? It was something I always dreamt about but honestly thought was no more than a pipe dream so I still pinch myself at times.

As for the wins …. Being able to work with bands that I really fucking dig is by far the best part. When I first got Worst on board for the 7” was fucking amazing!!! I am a massive fan of their music so that was really cool & then I am super proud of teaming up with Vienna Style HC boys Companion for their 2nd full length album “Unbroken” which we put out mid 2017 … which by the way I dead set think was a top 10 Hardcore release for 2017!!!! And of course to then release the latest album from Sao Paulo legends Paura at the end of 2017 topped of a pretty big year.

Talking highlights, I could never go past the experience of us bringing New York legends Sworn Enemy to Australia for their first ever tour in November 2016!!!! To spend over a week with them and watch them play 5 nights in a row was fucking amazing!!!!

The other thing I truly rate as a highlight is having the chance to build really strong lasting relationships & bonds with some fucking great people from labels all over the world like Axel from FWH and Marcel from DRA in Germany plus more recently Mario & Kim at Upstate Records in NY & Hiro at Retribution in Japan!! The future is looking bright with quality people such as these in the scene.

6-How many run or work on this label?

Well it started out as just Choppaz until I came on board to help him out in mid-2015. Then around the end of 2015 we officially decided to make it a partnership and try to expand it by starting the distro side of things. So we worked as a team from then up until I guess around the time Choppaz joined Crowned Kings as their full time bass player and toured Europe in mid-2017 … that’s when I pretty much started flying solo.

7-Any upcoming releases you need to mention?

Mate the second half of 2018 is set to be fucking huge!!!! I am so excited with what is planned for the rest of the year & really can’t wait to unleash these bangers …

First off I have the debut full length from Melbourne lads Capital Enemy which we will very shortly be announcing the release date for around late August …. This shit is fucking amazing & is going to put these boys right on the map so get ready!!!

Next off will be the debut EP by Overpower. These Melbourne guys will be delivering their uniquely brutal mix of all things metal blended with the mosh and groove of Hardcore & Beatdown so be get ready to bang your head & punch your friends in the face!!!

Later in the year I will be again teaming up with Newcastle heavyweights Taken by Force to release what is sure to be an another fucking riff heavy banger of an EP to mark their 10th anniversary. So pretty excited to be able to put that one out.

And lastly, the other release set for late 2018 is a fucking belter that I cannot wait for!!!! Recently signed up an amazing band from New York named Built for Battle & will be putting out their 2nd full length in conjunction with Upstate Records. These guys are brilliant, so stay tuned for that one if you love the likes of 100 Demons, Merauder, Full Blown Chaos or Sworn Enemy !!! also pick up a copy of their debut album “Killing The Dream” from the distro … www.1054.bigcartel.com 😊
8-What labels have or currently inspire you?

There are a few to be honest …

1)      Filled with Hate from Germany for sure, Axel has been running that shit by himself purely DIY releasing quality releases for 20 years this year!!! That is a huge inspiration to me personally considering I’m in the early stages of running 1054 alone myself.
2)      Resist from Sydney also … again, Graham started that by himself a long time ago from nothing & has built it up massively to have a successful shop on top of the label …. Amazing how one band can help you reach the sky!!
3)      Also Nuclear Blast … again I remember buying death metal records from their mail order catalogue fucking years ago when they first started out. So to get to where they are now, and to have captured such a market with a few of the biggest bands in the world on their roster is fucking awesome!! 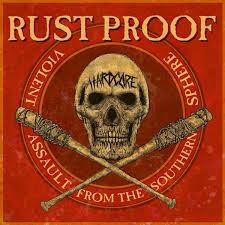 9-What bands do you currently listen to?

Mate you know me well enough to know this question is impossible to answer !!! Hahaha  …

Of course I listen to shitloads of old HC classics like Madball, SOIA, Agnostic Front, Blood for Blood, Slapshot, Warzone, Killing Time, Sworn Enemy etc as well as try to keep up to date with as many new releases & bands as I can at the same time …. so it’s quite a juggling act to keep up to date & still pay plenty of respect to the classics that I grew up on.

10- Any parting words of wisdom?

Yeah sure … support the scene people !!! Buy records & merch, go to shows & help build it back up to the former glory years!!!

Also keep your eyes firmly set on 1054 Records moving forward as there is plenty of great shit to come !!! And make sure you support other hardworking underground labels around the world like Upstate, FWH, Demons Run Amok, Rucktion …. Oh & Age of Quarrel!!

And never forget simply that if you truly want to be a part of something you fucking love just go for it!!! Doesn’t matter if you just want only a small part & to do it as a hobby but if you have the passion go for it … the scene needs more people to get involved & breath some life back into it 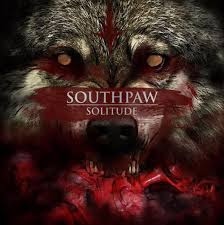 Final words courtesy of Amebix …. “Drink & be merry for tomorrow you may die”!!! 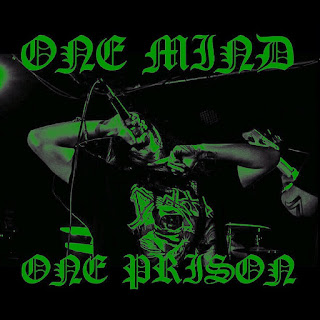