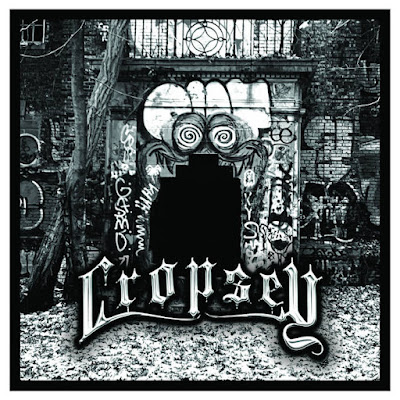 New York (and surrounding regions) have always produced some of the world's best hardcore and this newcomer follows that strong history.
This debut EP was originally released digitally by the band in January 2021 followed by a very limited CD Digipack pressing by German label FWH Records, Cropsey has recently joined the 1054 roster
To kick things off 1054 have done a jewel case CD repress with a 4-page colour booklet containing lyrics and with a brand new bonus track named "Crackwhore" which shows the bands progression & where their sound is heading ahead of a proposed full length in the near future !.
This is a dense and strong release that lays on the riffs and vocals with confidence, in fact, the confidence is that of a much more experienced band. Now that's encouraging as hell for a debut EP.
Cropsey has tons of layers and whilst every track is exceptionally heavy, the composition of all the elements is pretty much unheard from most hardcore bands these days. The bass and drums vie for attention as much as the guitars and the vocals just lift everything to a pure aggression fest. I am always a huge fan of vocals as an instrument and this is a clear case of success in this regard. All eight tracks are absolute gems and it has that NYHC flow; i.e. that swagger or slight groove that grabs you from the first listen. All over this mini-album is that subtle tempo change and like a Biohazard jam it is so hook-driven and again showcases how solid this band is. I can recommend every track here tbh. 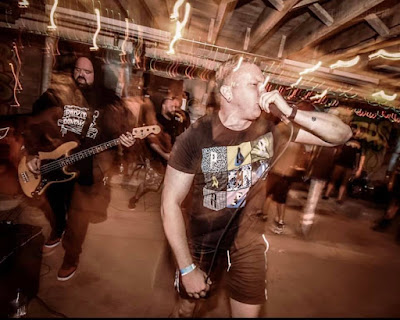 The opener Have a Nice Weekend/Rotten quickly shows you how deep the tone can go as much as killer breakdowns of a sledgehammer nature. 1776 was one of my faves, the way it grinds down with the huge riffs and vocal gymnastics. This track like most of the tracks steers way clear of tedious macho man lyrics and equally touches broadly on sociopolitical commentary and real-life situations in an intelligent way. All is delivered well, produced perfectly and each track compliments the other. Bad Luck was refreshing with its old school hip-hop vibe and broke up the tracks nicely. Event Horizon quickly changes the tone with metallic tone and gnarly vocals, this was a huge and epic track with frankly wild riffage across the track. Sorry Momma was gritty as hell and again carries itself with all the weight of what NYHC can offer on a plate. What a chorus as well, one that resonates so well. The First Rule of Misery was another fave to my ears, gotta love that slow tempo leading into pure moshpit warfare and this even had a mad Earth Crisis kinda vibe and that's a band I totally worship. You are Here continues the negative, but the energetic vibe that is dominated by some colossal riffs and a massive ending that is so killer. Crackwhore signifies the start of the new era of this band, the vocals are more metal, the riffs seem definitely more in the style of Sworn Enemy and this addition to the original EP really adds more force to it overall. Plus it begs anticipation for the future album on 1054 records. This is one of the surprises of the year and a band that demands you listen to them. Absolute solid band and release.
Out now:
https://1054records.bandcamp.com/album/cropsey-1054
Physical copies via:
https://1054.bigcartel.com/product/cropsey-cropsey-1054-redux-cd
Watch this:
https://www.youtube.com/watch?v=L7xkldFk49c
Antisocial:
https://www.facebook.com/CropseyNYHC