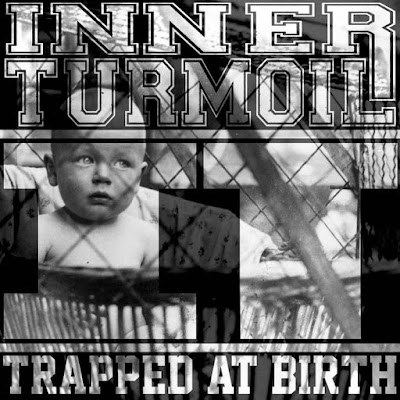 As previously mentioned 1054 records are really hitting their straps in terms of releases and uncovering amazingly solid artists.

Inner Turmoil is a fantastic example of this, with this great EP that dropped digitally late Dec and on cd from today.

Inner Turmoil is a quintet hailing from Harrisburg Pennsylvania. Located in Central Pennsylvania, which is not typically known for its heavy-hitting presence in hardcore, they are aiming to change that. Based in the Capital City of Pennsylvania and playing out of state they often get asked: “Is that near Philly or Pittsburgh.” Unfortunately, it isn’t near either, and traveling to play shows is a very normal occurrence for the band. They have brought a lot of bands to their area and are trying to build up Central PA’s Hardcore scene. Though they have only been playing shows from 2019 they have already shared the stage with bands like Integrity, In Cold Blood, Departed, Gloves Off, and Dissent. 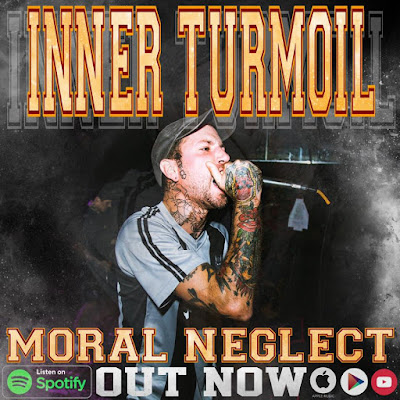 From the band: "We live in "Coffin County" (Dauphin County’s nickname due to its high rate of drug overdose deaths) and all have struggled with addiction, too many deaths to count, mental illness, homelessness, and countless struggles that they have pulled through and needed to get out in music”

The Trapped At Birth EP is filled with everything they have experienced. From growing up in mentally, physically, and sexually abusive families, putting friends in the ground all too often, depression and suicide. They all have experienced true hopelessness in moments yet keep moving forward and pushing to achieve what they were told they could never accomplish.

That's the background, and here's the music. Hard, gritty and metallic influenced hardcore that just oozes pain, contempt, and anger. All six songs are catchy as hell and most have this killer battle between real harsh, yet super classic hardcore vocals and abrasive riffs. Inside Job personifies this perfect approach and then as a gripping bonus, it smacks you in the face with a sledgehammer kick of a groovy riff just to drive home the point. All performances here are top class, the band has obviously played a heap of shows as this EP indicates how well everyone plays and flows. It's all angry as hell but delivered so effectively. Song structures are designed for maximum live impact, which is glaringly obvious.

Musically this band reminds me of epic bands like Integrity, Death Before Dishonour, Blood for Blood and 100 Demons. But at the same time, massively doing it their own style. Top tracks of this fine release were: Inside Job, Grave Mistakes, Hollow Savior and the crushing Moral Neglect. All definitely essential on any decent hardcore playlist.

Watch this sick as live set from the band: