A Brummie Legend, The Commonwealth Games & More: Here’s What Tony Iommi’s Been Up To Recently M H Thomson

A Brummie Legend, The Commonwealth Games & More: Here’s What Tony Iommi’s Been Up To Recently

I have been a Black Sabbath and therefore a Tony Iommi fan since I was a child, my father’s two extremely well-worn vinyl copies of Vol. 4 being a fixture on the turntable in my youth. As such I have always had a keen interest in what he and his former bandmates get up to these days. But a performance at the opening ceremony of this year's Commonwealth Games was not something I anticipated. Perhaps it’s due to Heavy Metal’s long-maligned position in popular culture. As much as it seems obvious to a metalhead like me that Iommi should be extended the honour of appearing at such an event, I never expected it. It does make sense after all, as the Games this time around were held in Black Sabbath’s native stomping ground, the Midlands capital of Birmingham.

Entering and remaining stage left, adorned in his trademark leather duster jacket and a golden crucifix necklace nicely complimenting the mother of pearl crucifix inlays on the fretboard of his black signature model Gibson SG. The guitar slung over his shoulder by a guitar strap bearing his surname in the bold serif font Sabbath has used many times over the years. Iommi’s arrival onstage was done so in the quiet gentlemanly manner we’ve come to expect of him over the years. Never one for a flamboyant showy stage persona, (and no need to have procured one with Ozzy Osbourne around) he lets the guitar do the talking, and boy does it ever. The song’s triumphant, moving and impassioned introduction, gives you the goosebumps nostalgia usually brings, despite never having heard the song before. His clear and powerful signature distorted guitar tone coupled beautifully with the power of the accompanying saxophonist Soweto Kinch’s Gerry Rafferty-esque tones. 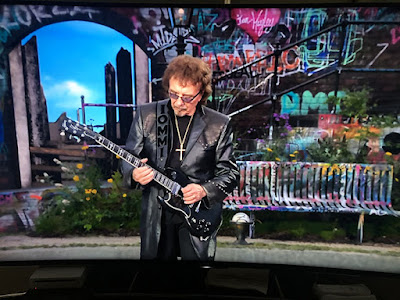 Iommi’s leads and solo had all the piercing power and feel of many a classic blues solo, such as Duane Allman’s solo from “Layla” and Zakk Wylde’s one from “Mama I’m Coming Home'' to name but two. This exemplifies Iommi’s often overlooked prowess with the blues, evoking memories of the criminally underrated Sabbath track “Heart Like a Wheel” from their 1986 release Seventh Star. It all blended so perfectly with the orchestral backing, the orchestra effortlessly weaving his solo motifs into their arrangement.

This introductory section climbs to a soaring coda, serving as the intro to the main number, a tune called “Hear my Voice” sung by Indigo Marshall and Gambini. It’s an ever so slightly repurposed version of the Celeste song from the soundtrack to the 2020 film The Trial of the Chicago Seven. Iommi accompanies the verse and chorus of the main part of the song with a few simple chords, tastefully managing to avoid overpowering the vocals. His harmonic soloing in the last two repeats of the chorus however, add another dimension of colour to said chorus. Laced amongst the busy choir and lead vocals it really grants the piece some real weight and purpose, lifting the somewhat generic radio-friendly rendition of this soul ballad to new and greater heights.

The song’s lyrics (sung beautifully by Marshall and Gambini) deliver an inspiring message of believing in yourself and letting one’s voice be heard. This ties in nicely with the theme of the opening ceremony, exemplifying Birmingham as a glowing specimen of the unity that exists within its diversity and in turn that of the Commonwealth as a whole. This notion is perfectly exhibited by the breadth of people participating in the ceremony, from Pakistani Nobel Peace Prize laureate Malala Yousafzai to a humble former factory worker who has gone on to invent and embody the very essence of heavy metal music and fretmanship.

In terms of visual accompaniment, the crux of it came from the Birmingham Royal Ballet and the Elmhurst Ballet School as they provided a crowd of performers in white leotards that graciously swanned around the elaborate stage set. A set that was a far cry from the typical Black Sabbath stage dressing I’m accustomed to seeing Tony on.

This rousing performance I thought would be the last we’d see of Tony Iommi at the Commonwealth Games, but 12 days later at the closing ceremony, I was overjoyed to be proven wrong. As soon as His Royal Highness Prince Edward, the Earl of Wessex had finished his speech officially closing the Games the whole stadium was plunged into darkness in anticipation of the closing performance. This turned out to be the legends themselves, the almighty Black Sabbath… sort of. Sabbath’s resident bassist Geezer Butler was absent from the performance due to a brush with COVID 19 and a broken rib he acquired from a boating accident whilst on a recent holiday. Original drummer and founding member Bill Ward was also absent but has been out of action for a number of years now, having missed Sabbath’s farewell tour in 2016/2017 due to weight and heart problems. The pair were replaced by long-time Ozzy Osbourne keyboardist Adam Wakeman (son of legendary Yes keyboardist Rick Wakeman) on bass and Tommy Clufetos on drums. 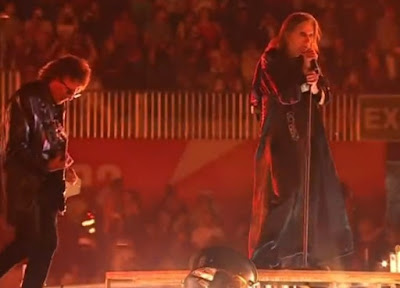 The performance started with the familiar steady bass drum heartbeat that all Sabbath fans instantly recognise as the beginning of “Iron Man”. I remember thinking “Fuck yeah, here we go!” as Iommi’s ominous droning riff commenced. Tony repeatedly warping the note back into shape, creating the famously menacing descending slide. The blood red lighting and columns of flame superbly matching the mood. As the main riff kicked in Ozzy Osbourne began to emerge from the floor on a rising platform, yelling to get the crowd going in his distinctive half intelligible mumble. The Prince of Darkness (Ozzy) looking all the more playfully baleful now than he ever has, heavy eyeliner and hair like a straw bale dyed black really selling his appearance. The band quickly shifted from “Iron Man”’s main riff to the opening bar of the post verse before then promptly segueing straight into long time Sabbath set closer “Paranoid”.

With the stadium erupting in colourful fireworks as the rhythm section joined in on the latter half of the intro. As you’d expect of Sabbath, the performance was nothing short of amazing. “Paranoid” being such a well-rehearsed number (they’ve only been playing it for 5 decades), it came together without fault effortlessly. The strength of Ozzy’s voice was a particular stand out, even after all the medical maladies he’s been through recently, he can still sing in top form. It was rather amusing to watch Osbourne mouth “Let me see your fucking hands” to the crowd, the slightly delayed live broadcast muting the profanity. The other stand out (as ever) was Iommi’s classic guitar solo, masterfully executed, the uplifting movements of the solo truly shining every time he reached the peak of the numerous note bends. All without ever letting the distortion hit its breaking point. So captivating was this recitation of the solo, that I barely noticed Ozzy riling up the crowd over the top of its closing moments. All told it was a spectacular and fitting performance to draw the Commonwealth Games to a close. 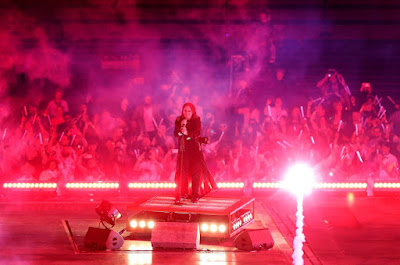 These two performances amount to us having heard more from Tony Iommi in the last month than we have in the last half a decade since the end of the Black Sabbath farewell tour, and it’s heartwarming to see he’s well and truly still got it. He looks positively radiant for his age, you’d scarcely believe he’s a septuagenarian, a fact I had to google to confirm. His battle with lymphoma from a decade ago seems to have done nothing to weather his appearance even slightly from how I remember him when I first saw him perform at an Ozzfest in 2005. Sadly the same can’t be said for his rather more ramshackle partner in crime Ozzy Osbourne. Speaking of the devil, Tony has recently been busy working with Ozzy on a couple of numbers for Osbourne's upcoming thirteenth studio record titled Patient Number 9.  But I’ll hold off on reviewing them until the record comes out on September 9th. I am really looking forward to seeing what Mr Iommi gets up to next, here’s hoping that this last month's activity was not just a fleeting return from retirement, but if it is, all the power to him, and we should all wish him the best in said retirement.