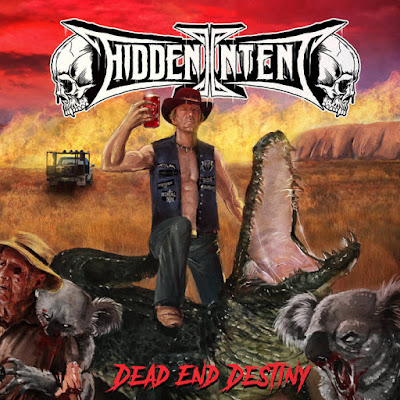 FFO: Thrashy good times.
Dead End Destiny is an absolute treat of an album if you dig your old school thrash metal. There is definitely tons of Bay Area thrash here, but it has that Aussie flair that makes it even more palatable. Whilst the band is definitely not forging any new ground, they bring the party right to the front of your ten Marshall amps. They just do thrash so damn well; the sick gnarly vocals dominate every track. The guitar work is constantly frantic and smoothers you with its grasp, for a three-piece they sound so heavy and it is evident they have played tons of shows as everything is tight and well balanced. 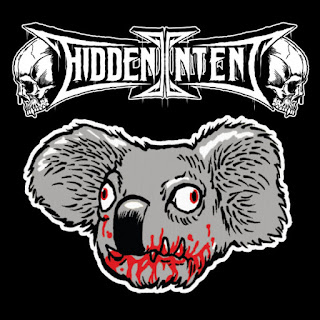 A Place of Horror is a brilliant cracker, with so many hooks and vocal finesse, you are sold on the album straight away. The title track Dead End Destiny reminds me of Mortal Sin and other Aussie classic bands, it's a ripper. Forgotten Fate has all the traits of brilliant Megadeth style build-up and is easily one of the band's best tracks; it just soars with so many raging and clever riffs. Get A Dog Up Ya sends the tempo up five levels and is an absolute classic with its crafty song structure and sensational boozy yet adept lyrics. Succumb To The Violence shows the band has progressed slightly with each album and I personally would like to see more of this Testament-style thrash. They have the skills to be slightly more creative like this track, but that said I could have easily had Slayer or Metallica do their peak albums for the rest of their career. So that is me being picky as these fuckers know how to produce killer music. I also dug their Slayer cover as a bonus track, the Chats much less so.
Grab this album here:
https://hiddenintent.bandcamp.com/
Get anti-social:
https://www.facebook.com/hiddenintent
Watch this:
https://www.youtube.com/watch?v=ZQ7hsxVBgIM