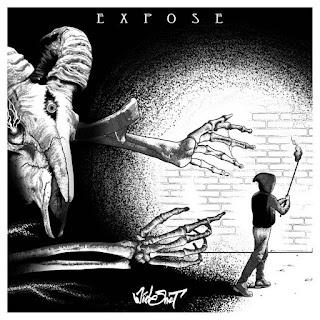 Wide Shut is a crushing metallic hardcore band from Toulouse, France. And rest assured if you haven't heard of them, this writer was the same. But get familiar because this band has certainly hit their straps on this debut EP. If metallic and exceptionally heavy hardcore is your fave genre, you'll love Wide Shut.

This band has only existed since 2017, but this release shows advanced skills and riffs that the writer would expect from seasoned veterans only. It's crushing hardcore that I would suggest is beat-down influenced, but the sound is so much more than that. I hear everything from Hoods, Blood for Blood and straight-up death metal at times. 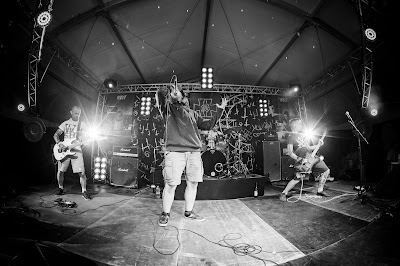 The tone over the whole frantic release is of extreme darkness with songs very much driven by the uncompromising vocals and absolute tornado-like guitar brilliance. I was initially shocked that this band was only a four-piece; as the sound is very full and attacking with no let up on the excitement level. The five tracks here are aggressive and hectic, but that's the point of the EP; grab your attention and announce that Wide Shut is not here to waste your time, rather they demand you become a disciple. Because I know I am in 100%.

Highlights: The entire EP is utterly solid as hell, but for me, the final two tracks stuck in my ears for days-Erase and Vega.