The Curse of Millhaven-Thresholds album review 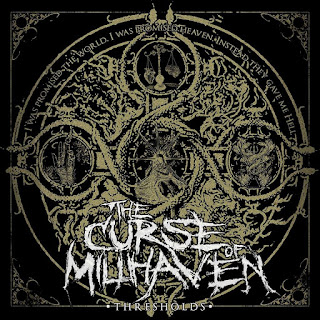 The Curse of Millhaven-Thresholds album review.

1054 records just dropped this great release of catchy and hectic melodic death metal. TCOM hail from Belgium and this 9 track beast is pure aggressive finesse across the whole album.If you dig sick riffs and solid songs with punch you need this album asap!.

This is the band's third album and def their most consistent and attacking release. What sells the release is that, it has gripping riffs and specialised vocal skill that draws you in and keeps you there.

There is a definite swedish death metal feel to the band and whilst it is melodic; it's also extremly heavy and punishing. This is sometimes majorly lacking in many melodeath releases; where all the harmony drama amounts to wasted time and notes. But TCOM know their area of skill and stick there whilst remaining consistently aggro. 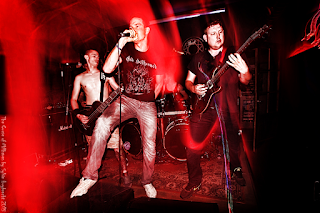 I believe this is a really solid release, whilst not amazingly challenging it does definitely stand out from the crowd and their next album will define their future trajectory. This is their best release and is several levels above the previous two albums. But they are album by album refining their musical aims and now have a real TCOM sound which seperates them from the lame melodic death clones. As well as the swedish death metal influences, there is definitely hardcore influences that underline every track.

Highlights: Shelter, Path Of Desperation and Confident To Defy were the pinacle tracks of this album. The best features were obvious pounding drums, razor sharp riffs and diverse vocal range throughtout the release. No sour points and a strong performance as well as great and spot on production.