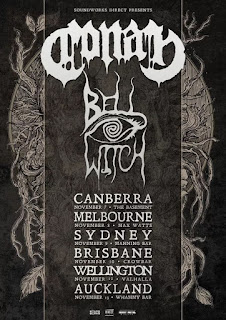 I have to state the obvious, but what a scorcher of a lineup. On paper, you think it would be strange given Bell Witch is like a soundtrack to your post psychosis, whereas Conan is your anger building and unleashing.

Bell Witch for the uninitiated is the ripper of a two-piece doom metal band that is amazingly creative and deep in their tone and atmosphere generated. What they presented was a searing cut down version of the brilliant Mirror Reaper album. And it was delivered with dark finesse, half of their set was very brooding and creepy and the second building into a much more grotesque beast. Not only was it amazing to witness the sounds from a bass guitar almost played classically and adeptly heavy as hell. And the drummer's vocals, seriously as heavy as any top-tier death metal vocalist.

Beautiful and eloquently presented doom was replace by the cannon roar of the immense sludge warfare of Conan. They completed slayed and I think Bell Witch complimented the deep heaviness with much greater dynamic force. Their set was faultless, an excellent mix of all their albums and these were received so well by their adoring Melbourne fans (although way too many Electric Wizard backpatches for my liking(ffs peeps explore your genre...it's not hard). The band utter skill simply outranks their peers by a mile. Such amazing players, a guitar wizard, Sherman tank of a drummer and maybe the lowest bass to ground ratio since Dee Dee Ramone and insane metal as fuck backing vocals. I was warned Conan would out-deliver any expectations and they certainly did. But adding Bell Witch made it a truly memorable gig. 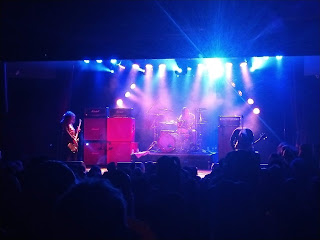 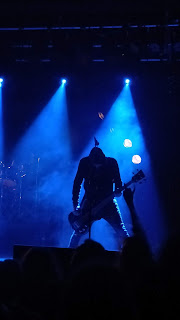 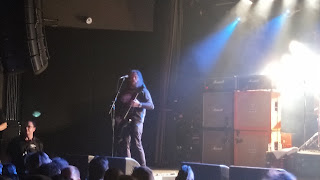