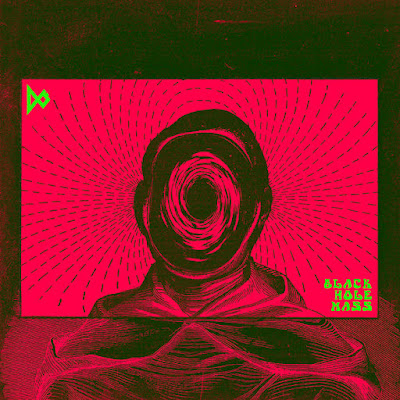 FFO: Doom metal, with tasty riffs and an accomplished celebration of all that is metal!!!.
If you recall in Sept 2019, I said this band's last album was the best doom/stoner metal release of the last ten years and I stand by that statement. So, of course, I wet my pants to hear this Helsinki tour de force was dropping a new EP. The question you may ponder is; is it as good as Astral Death Cult?. Can I get a Hell fucking yes in the house, it takes that winning formula and adds even more colour and depth and at the same time is abrasive as hell. Whilst the band now has a new guitarist, the only thing that has changed is they seem even better at their work and they would slaughter live, without a doubt. 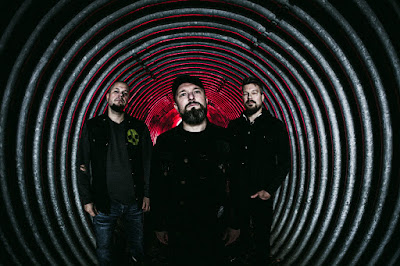 I am not keen to quote artist's press releases, but this snippet illustrates the underpinning for this sensational release.
" the first release with the new guitarist Teröid, has a theme of dark cosmic mass that praises the almighty astral forces with three rituals performed by the astral death cult. All hymns are written together, but with more concentration to details and soundscapes than before. The band wanted to keep their raw, earthy sound, but also add cosmic layers into it. So, there are those familiar DÖ elements, but also lots of new things to be found.
To emphasize the rebirth, the cult leaders have decided to abandon their earthy names. So, from now on they will be known as… -J'andrömeda (formerly known as Deaf Hank) -Teröid (formerly known as Tarbuck) -Kristös (formerly known as Joe E. Deliverance) The EP is dedicated to the winners of this year’s Nobel Prize in Physics, who revealed the “darkest secrets of the universe”, as scientists like them provide the band with the inspiration to do what they do. Quote from the band: For us, writing Black Hole Mass was a passage ritual to another level of consciousness. Teröid’s style of playing, writing songs and using effect pedals brought whole new vibes to our doing and has already taken us to more experimental expression that we will explore even further in the future. The power of Cosmos compels us more than ever before!
Indeed some tripped out vibes and there is certainly some psychedelic vibe to all the three tracks that make up this release. But this isn't wimpy, folky or wanky music; rather this is music that blows speakers, headphones and your whole psyche. This is heavy as fuck metal of the highest order-it is like the singer of Dark Throne or Bathory fronting Yob or Sleep. And as well as the band being damn good at their job, they mix it up enough; on all their releases, but particularly on this EP. It's a solid mix of decent subgenres that just works so damn well. Quite simply there are no boring moments over the 22 min duration. The drifts and changes to the tracks are welcome and tangentially a brilliant gift for the listener. You quite simply don't need multiple guitarists and recording trickery when the band are demigods such as this band.
All three tracks work in unison, whilst massively different. Gravity Sacrifice leads you into the heavy world of distortion and smothers you with fuzzy-wuzzy brutality. Yes, I just said fuzzy-wuzzy, listen and you'll agree. Also with riffs that recall Sabbath and Cathedral at their best. Plasma Psalm wastes no time in ripping your brain out of its shell and simultaneously breaking your neck from the extreme headbanging. These highly accomplished tasters lead you into the banquet that is the glorious Radiation Blessing. The 10:34 min time of this track flies by because the sheer quality is that high. This track is a pure celebration of the guitar pedal, vocal magic and atmospheric metal. Don't be fearful of that last description, indeed we all love a track to just mosh to; but the deeper songs lodge in more so. This is the track that you'll remember the most; it's got astounding guitar work, clinical song structure and haunts you every time you play it. And that my friends if the difference between average bands and accomplished metal warlords.
As cliche as it may sound, I eagerly await this band's next move. Because in a short space of time, DÖ has achieved more than most band's of this genre have in a lifetime.
Listen and Buy here:
https://doofficial666.bandcamp.com/album/black-hole-mass
Social:
https://www.facebook.com/astraldeathcult/
Watch this:
https://m.youtube.com/watch?v=eUTMEsXwkFU&t=155s