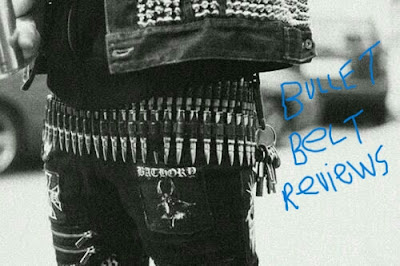 BulletBelt Reviews: GWAR and Decapitated. FFO: Metal!!
The aim of BulletBelt reviews is concise straight to the point old school reviews in the style of MRR/old hardcore/metal zines. Today we have an excellent array of bands with substantial gems of heavy metal and death metal!!! 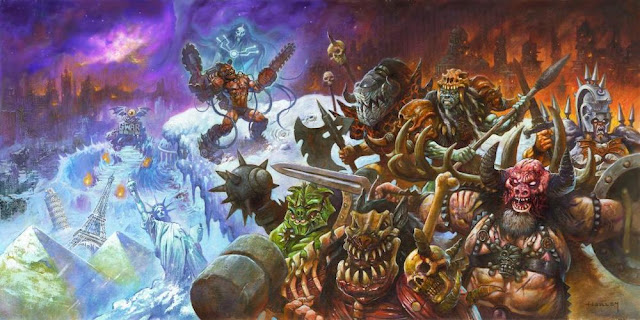 GWAR-The New Dark Ages album. Man, this was awesome and overwhelming; a fine mix of fun, brutality and epic songwriting. As per normal GWAR standard, this was one-minute hard rock/classic metal, then wild twists and turns into punk and even funk. I have always said it is a huge risk to view this band as a throwaway and this album follows the high standard of this band. Is it ridiculous as hell, absurd and cheesy in sections, 100% and that's the charm of it.  It has ragers and the songs are clever and utter headbangers. Straight off the bat, the following are absolute classics: the S/T opener, Berserker Mode, Motherfucking Liar, The Cutter, Venom of the Platypus and Ratcatcher.  These are tracks that you would run straight into the moshpit be it the monstrous riffs, sensational vocals and the thick groove in every song. But my fave track is Bored to Death which sounds like a hardcore band mixed with peak crossover thrash. It is utter perfection. I think the album is overlong by about 2 tracks, but the album also accompanies a graphic novel and the incredible range of merch GWAR is known for. But too many tracks ain't a negative given the huge quality present. Also tracks like Completely Fucked sound like W.A.S.P at the height of their career and matching the mindblowing song structure is killer vocals and insanely funny lyrics. The music is strong, dynamic and never dull. But Bolthar's vocal performances are amazing and make the album the beast it is. Also, check out his (Michael Bishop) TED talk on GWAR and regional identity, it's excellent and proves how clever these fuckers are.
Grab this album and enjoy ASAP!!
https://gwar.net/collections/the-new-dark-ages 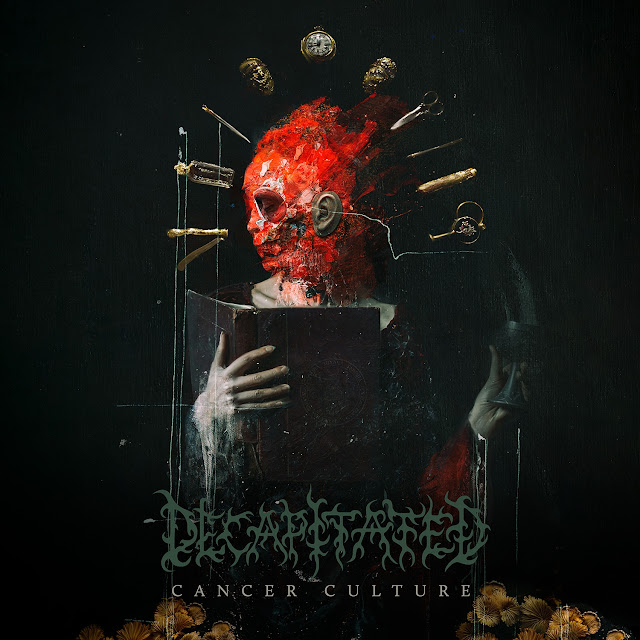 Decapitated-Cancer Culture album. This is an insanely groovy death metal release that is abrasive and a well-written gem. I love how the guitarwork touches on flavours as basic as Slayer, Pantera, and technical DM like Death, Meshuggah or Cryptopsy. The vocals are raging and probably the item that grips your attention on every track. There is not a boring moment and it flies by the end of the 38-minute duration. The production is crisp and angry and all a modern death metal album should be, maybe with possibly some extra bass IMHO. This aggressive masterpiece also has two killer guests on two tracks with Rob from Machine Head and Tatiana of Jinjer. Both breaks up the straight-ahead nature of most tracks and each skilled guest add their mostly clean vocals to the mix. Neither detracts from the overall tone of the album and in fact, showcases how masterful this band is. My fave tracks would be the title track that absolutely suffocates you, No Cure-technical chaos and drum nastiness and Last Supper which was hugely dramatic and evil. This is another great release from this band and one of their best to date.
Out now:
https://www.nuclearblast.com/eu/decapitated-cancer-culture-cd-306192