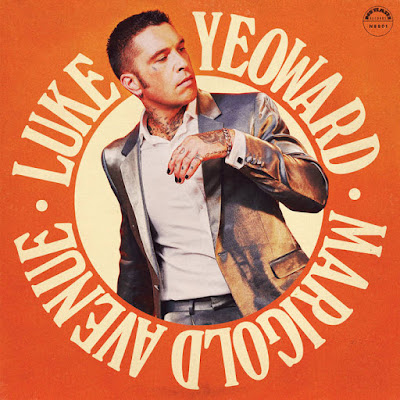 Luke Yeoward-Marigold Avenue album review. Pure old school reggae/rocksteady joy!. FFO: Everything with a proper vibe from The Heptones to Toots and the Maytals to the modern flavour of the Slackers and the Aggrolites.

Luke has through various musical incarnations excelled at everything from hardcore punk to Americana to ska and even soul-influenced rock. But reggae/ska and all its side flavours and variations seem to be Luke's prominent foundation and carry all the swagger, and most importantly the skill that deserves all the accolades and merits coming its way. Marigold Avenue isn't a head nod to lightweight reggae and an attempt at fake imitation. This is a solid, beautiful and dynamic album that personifies what real reggae and rocksteady are about: emotive and deep music with a passion.
This amazing album was not only self-produced but a fantastic byproduct of Melbourne's many COVID-19 lockdowns and could easily be a Trojan Records or Studio One release it carries so much fire. The album has strong credibility for many reasons: 1) the songs are written in a style true to the masters of this genre, 2) the playing is immense throughout 3) vocals are sublime, never overdone or pushed too far 4) production and mastering are magnificently spot on, it's very bright in the right moments and deep on the rhythmic tone and 5) add some mindblowing guests for added spark- like Tippa Lee, Jesse Wagner and Roger Rivas (The Aggrolites), Maddie Ruthless and oh yes, Lee "Scratch" Perry. If the sound of this doesn't excite you, you better check your pulse. 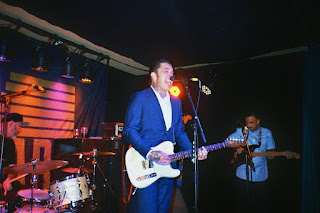 This enthusiastic album begins with vigour via The Start, a brisk and lively opener that sets the tone so well. A positive and chunky organ-driven prize of a track. Energy is another key vocal performance by Luke and showcases why rocksteady and roots reggae requires a strong vocal prowess to succeed. Flawless track to my ears. This flows smoothly into the lead single from a few months back, Always In Your Heart which is as catchy and animated as when it first dropped (the album also contains a remix with Lee "Scratch" Perry as a bonus and this is essential and the dub magic just smothers you). This writer is hoping to interview Luke soon and ask how he got the godfather of dub onboard. Another guest soaked track that follows is the epic Sunny Day that has no less than Tippa Lee in it and this is a glorious track; upbeat and deserves endless replays. At this stage, it is worth noting a fantastic album should be one that initially can be played from start to end and flows perfectly like this gem. But also you can shuffle the tracks and it's equally impeccable. Track five is Hot Wheel Man that has all the syrupy greatness that recalls the absolute harmonious gold of Mighty Diamonds etc. This follows with one of my personal faves Two Years In June, it plods along with a faultless pace that quite simply entrances you. And how great is the use of organ/various keys on this album; it just pumps up every track. Treat Me So Bad contains traces of The Aggrolites because two members appear on this impeccable track and it is as slick as expected and I adore this because it's absolutely killer and I'm a huge Aggros fan. This Ain't The Place is a mega highlight of this album and has gorgeous quirky noises via Plutonic Lab (who not only mastered this album and plays live with Luke as part of the live band Nebari All-Stars) and is super reminiscent of both Steel Pulse or Black Uhuru. The album is now reaching the pointy end, but doesn't rest on its laurels and delivers the best track on this release, the astonishing Shadows. This seriously sounds like a single that Don Letts would spin back in the day and if you ain't familiar with Maddie Ruthless, please check out her live performances and frankly mind-blowing DJ sets. Fantastic collaboration, well one of many wonderful ones on this release. Hangin' On lovingly slows the pace down with a remarkable dub downbeat tone and reminds me of my teenage days of drinking black and tans at reggae clubs like The Survival Reggae Club in the late '80s. The End is an atmospheric closer that finishes the album so well. This is an album that is obviously influenced by so many solid and classic artists that make up a genre that Luke clearly adores, but it is done with finesse and is a stunning listen.
I implore you to check out this impressive album of deep skill, flavour and passion.
Out now:
https://lukeyeoward.bandcamp.com/
Social:
https://www.facebook.com/lukeyeowardmusic/
Album launch soonish!.