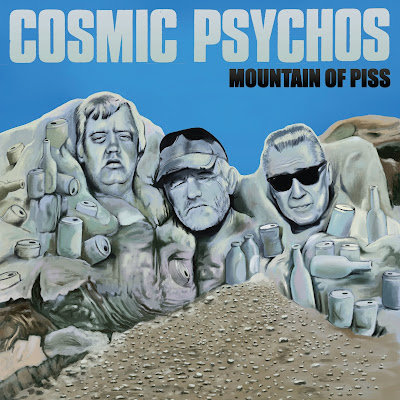 As Ross of this mighty band said on radio recently, this band has been around so long that it probably been forgotten by previous critics as they have either retired or moved on. But these guys are the equivalent of the Aussie Ramones. Short, fast and basic punk with tons of volume and piss-taking. But this ninth slab of aggressively clever pub rock is as classic as their best albums. They have influenced so many bands because 1) there is an authentic no bullshit factor from start to finish on every album 2) the band writes catchy and surprisingly clever songs; be it spot-on social commentary or outright character assassination and 3) the songs are absolute rock-solid headbanging classics that are timeless. Classic tunes are rare now, it's so driven by trends but think of Motorhead, AC/DC etc-it's all about the earworms that last for decades. Mountain of Piss is full of these gems, be it Accountant Song, Dunny Seat, Sin Bin or Rude Man; these are all chock full of Old school yob fuzzy greatness. This was apparently recorded at the Ross Knight's shed during the lockdown and it sounds raw and dynamic. 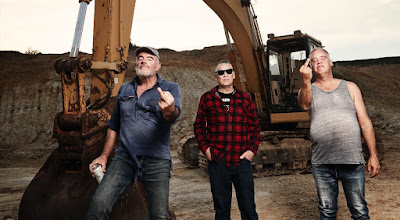 Who needs flair when all you need is sensationally killer riffs, sarcastic lyrics and chunky rhythm sections. Songs like Beep just lay it on thick with no subtlety and Bleeding Knuckles is as gritty as a pub fight after way too many beers. Mountain of Piss and Munted is epic, loud and personify every classic Cosmic Psychos track you truly love. The alcoholic intent is deep on both these soon to be gig classics. And Too Old to Drink in Pubs is quite different to their standard fare, but this almost Slim Dusty crossed with Kevin Bloody Wilson styled track is an absolute gem and is a brilliant stab at political correctness gone mad. This is a great album and whilst not breaking new ground (and why would the band choose some lame new direction), it delivers with its sonic piss-taking brilliance.

Get it into you and grab some classic Aussie lager for ya liver at the same time you muppet!.

Watch this (title track and an awesome video)

Buy the album and other goodies: