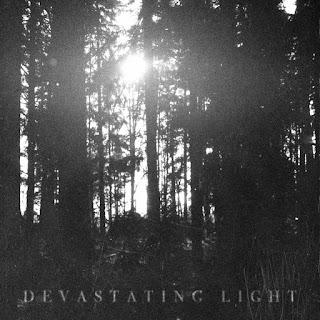 This Nordic, dark and depressive tour de force is not going to cheer you up, but it's epically bleak and glorious. The three tracks serve as a solid document for what is to come of this solo project for Finnish muso Teemu Toikka.

The concept and seems like personal reflections of a first time father struggling with depression and mental health afflictions. And whilst the listener definitely sympathises with these strong and emotive tones forced on our ears, it is the greater audio majesty of the EP that equally holds monumental weight. Also, one person wrote and performed everything. Super impressive. I also loved how the three tracks blend seamlessly into each other. Not in a boring or repetitive way, but rather as an extremely acidic and dark document piece of musical gloom with a dynamic presence. The formula like Amenra or Cult of Luna is about excising demons and exhibiting this by variations of quiet vs loud vocals/riffs and I am sold down the river to that concept. Because if you listen to this, on headphones with intent you feel every emotion echoing deep within you. And FFS, that's what music should do. The song structures, basslines and riffs are executed perfectly and a whole album is definitely needed. Not a second is wasted and I always applaud that hugely as well. This is grim and immense, you need to listen and follow this artist asap!!!. 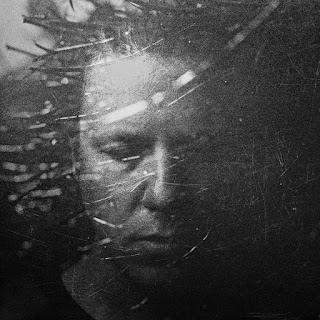 As expected this interview was informative, articulate and exhibits the guy's passion and devotion to his craft. Plus was very insightful on a personal level. Enjoy!.

1-How did you first get into music? What inspired you to write music? What bands initially resonated and more recently what current bands fuel your fire? Could give me a brief history of this amazing project?

TT: I went through a big Metallica phase when I was about 14 to 16 years old and it was the biggest inspiration for me to learn to play the guitar. So I learned by playing Metallica riffs which, I suspect, was the way most kids my age did it. I also remember that the song Noose by Sentenced was one of the first songs I learned. I don’t think that has influenced my songwriting that much though. I had no interest in creating my own stuff at that time. That interest or obsession came a bit later. The inspiration for this album and the band or project as a whole came from listening to a ton of Cult of Luna, Neurosis, Amenra and stuff like that. I had never been in a metal band before and had the sudden urge to do so. I think I had a semi-clear vision of what I wanted to accomplish pretty early on so it became a one-man project. I wanted to have all the creative control on this one. I started slowly putting the songs together and recorded and re-recorded stuff many times over. There were lots of periods when I did not get to actively work on the album at all because of other bands and life in general so it took maybe three years in total. The subject matter of the album is very personal and I knew it was a thing I needed to put out there but it took time.

2- It’s a very grim release, let’s discuss the themes involved. And by the end of the EP despite its dark tone, it seems almost triumphant like a sense of peace, I’d love you to touch on this element.

TT: It's dark for sure, perhaps angry at times, definitely frustrated, hopeless and disappointed. But it's never aggressive in my mind. All the negative emotions are directed towards myself and in some cases the human race. And even when the whole species is to blame (climate change), I am still part of it and therefore part of the problem. There is something meditative about heavy music for me and that is the kind of feeling I wanted to convey here. For me, it’s not about headbanging or fucking shit up or whatever. It’s more about a kind of trance state. Take a 30-minute break from yourself, you know. Embrace the feelings it makes you feel. It will not make you a happier person but it might make you feel better for a while. That’s how it works for me at least.

3- Devil’s Horns firmly believes that music and art intersect in an amazing way, how does that work for you as an artist?

TT: The visual aspect is important to me, yes. That is part of the reason I like vinyl records I guess. I like it when the whole package works as a whole like the visual side reflects the music itself in some interesting way. Like, don’t just put a cool picture on the cover, think about what the thing is about as a whole. I’m not the greatest designer in my opinion but I am a pretty good photographer so I think I’m going to continue handling that side of the visual style for now. I think in the future I’m going to need some help with other stuff. So I’m going to have to give up some creative control in that sense. I hope I can manage that. A collaboration with a visual artist could be a cool thing to do sometimes but again, it would require that I gave up a lot of creative control. Don’t get me wrong, I can work with other people and constantly do but with this project, it’s always been just me.

4- Live how does your music translate (if you have performed live)? do you have a message or what rewards you more: the stage vs studio? Is it the creative process or playing the tracks live?

TT:  I really like playing live, that’s like one of the best things you can do. With this project, I have not yet been able to perform live, however. The pandemic has put those plans on hold for now and I haven’t even thought about who I would ask to join the live lineup. Hopefully someday in the future, we can do live shows again and I am eager to get back on stage. I also like writing songs and recording them and especially finishing stuff. There is some frustration usually involved when things don’t go as planned or take longer than I would like. With this project, there is usually no one else to blame since I do everything by myself. Getting something finished is really rewarding though and I always feel like it was worth any trouble I had along the way. And sometimes when I get a good flow with writing stuff it feels awesome, I just have to remember not to try to force it.

5- Are their future releases after this EP you would like to tell us about?

TT: There is an extended version of this album in the works currently. It will have an additional 12 minute song that acts as an epilogue to the album. The recording is finished and I am waiting for the labels who have agreed to release that to get the cassettes and CDs ready. I am not yet sure where that will be available through since they are small batches. Conclave Curatorial from Mexico is doing the cassettes and Frozen Light from Sweden the CDs. I have also agreed to a two release contract with a greek label and I’m trying to get the first one done by the end of the year. It is still in a very early stage so not much to say. I haven’t even signed anything yet. Hopefully, it will happen but I guess it’s been tough for labels as well recently so nothing is set in stone.

6- What are the highlights for you as a band/artist so far?

TT: The reception for the album has been really good so far. Many people who have written about it have really thought about what it means. That feels really good. If the album makes you think it has been a success. I hope that happens to a lot of people.

7- On the flip side, the struggles and challenges?

TT: The recording process was definitely the biggest struggle since in the end it took so much time. When I made the first demos I thought I would get the whole thing done in like six months. In the end, it took more like three years. Life got in the way and there was no accountability for making progress except to myself.

8- Any favourite current artists or particular albums you have on rotation?

TT: I always seem to come back to Sur-rur and Abduktio which are both fantastic Finnish acts. The former is s0ll ac0ve and their newer stuff is great too even if they are calming down as they get older it seems. Vapaa Maa is a more recent favourite and has the same vocalist as Abduktio. Maailmanloppu is another one I listen to a lot currently. So basically a lot of Finnish punk. I’m kind of lazy when it comes to finding new music and just seem to gravitate towards older favourites often

9- What are your future plans? Other projects? What makes your geographical location so special to the art you create?

TT: For me, there is something about the way I feel about the long dark winter when nature begins to wake up, things start to grow and the amount of daylight increases. I should have more energy and feel more posi0ve about everything but in fact, the opposite happens. People have more energy when there is more light, that's the assumption. So when it works the other way around it makes it even worse. Everyone and everything else seems to gain vitality from the increased light but I can’t even though I feel I should. I can see the spring around me but the spring is not in me (I stole that line from a friend). I have one other active band at the moment. It’s a proto-punk group named Vuokkoset. It’s really different from this project and a group effort in every way so it’s refreshing. We released our first LP in October last year and I’m really happy how it turned out. We also have new material ready for one and a half new LPs so that great also. So in the near future, my free time will be occupied with the recording and mixing of the second album by Vuokkoset and also the second Devastating Light album. Hopefully, both will be done by the end of 2021.

TT: Try to be kind to yourselves.